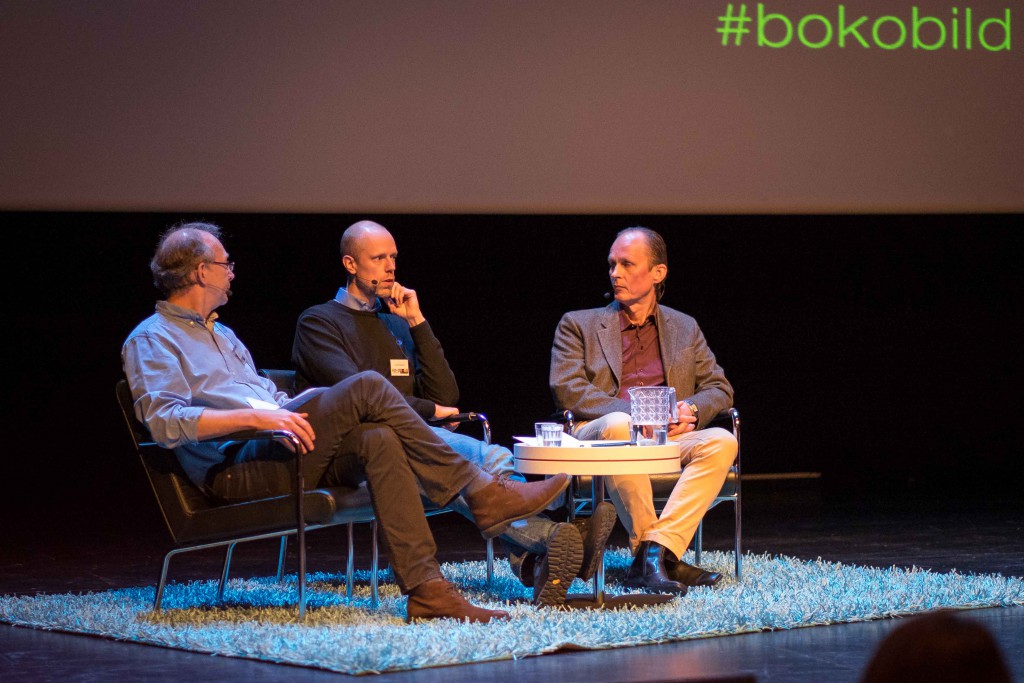 Johan was asked to talk from a researcher’s perspective, and he was joined by author Mikael Niemi from Pajala and journalist Arne Müller from Umeå. Müller had just launched a book with the title “Norrlandsparadoxen” (The paradox of the north), focusing on the mining industry and the wind power industry. Niemi had just lived through the hopes and despairs of Northland Resources’ project in the Kaunisvaara iron ore mine outside Pajala, ending in 2014 with a bankruptcy (total debts of about 14 billion Swedish crowns). 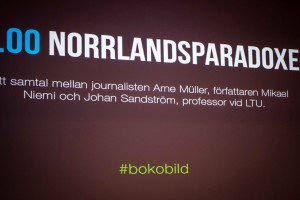 An edited and translated version of what Johan said follows:

The paradox of the north from my perspective, as a social scientist, is that we as researchers do not ask and study certain questions enough, that we are relatively quiet on important and difficult questions, that we rather seem to endorse a one-sided story of how to grow the north than to open for up for basic social science research on what is actually going on up here.

The project ”Organizing rocks” that I, together with Tommy Jensen at Stockholm University, am running is first of all a basic research project. Basic research is motivated by the researcher’s curiosity and interest, and does not have any taker, buyer or customer. It is not controlled by the state or industry’s short-term interests and is in this sense free.

The phenomenon that we are curious of and interested in is how a modern underground mine is organized, with a particular focus on changing power relations in the labour process. The labour process in mining is complex today. It is more blurred, mutable and far reaching compared to before. It therefore has to be followed and we have to be responsive and sensitive to it. We also have to be emphatic towards the people involved in the labour process, if we want to understand it that is. That implies that the methods and theories that we use cannot impose too much order on the phenomenon before the actual study, which again means that we cannot promise any particular solutions to any particular problems. This is part of the charm with basic research.

To let a company, a union, a municipality, an NGO or a university control us and our results will therefore not be the case. People working for such organisations are most likely very valuable to us, that they participate and that we allow them to participate, but not to control us – not in terms of input (research questions, problematization etc.), throughput (how we conduct the empirical study, with whom etc.), and output (expected benefits, or utility, for certain stakeholders etc.).

Basic research also has a value beyond the particular project, which lies in the role of being a critical, independent voice. A social insurance perhaps. The word ’critical’ is important here as it does not mean being ’against’. We have colleagues that are scared to death of being perceived as critical, but for us this is perhaps our most important responsibility: to not buy into poor explanations, to unravel paradoxes and contradictions (such as the paradox of the north), to not reduce complex phenomenon too much, to challenge, to listen to what is not said and not allowed to be said, to listen to who is not talking and not allowed to talk, to those who cannot talk. That is being critical. Not to a priori being against something or someone. It is also a position from which it is possible to discover nuances in what is complex!

That is why it is difficult to a priori know if basic social research on labour processes and changing power relations in underground mines pays off for someone. That is sort of the wrong question, which might come across as rather provoking today as there is a growing pressure on researchers to deliver quick and concrete answers on utilities. These utilities have also been increasingly connected to increasing industrial effectiveness, productivity and profitability, and to a large extent built on viewing the world through the lens of what can be quantified, priced, commercialised, and turned into someone’s property.

As a contrast to basic research, there is applied research. Already from the start, you know what you want to use the results for. There is a strive to find solutions to particular problems. It could be about formulating a new policy, develop a new product, a new way to measure, improve a production process. There is a taker, buyer or customer, someone who controls the results.

Applied research is also very important. There are a lot of concrete problems out there that need to be solved. But applied research should also be critically scrutinised. Whose problems are solved, or should be solved, and based on what premises? Applied research can vary a lot in terms of whose needs and problems it is aimed for. Our impression of mining research is that it largely focuses on increasing the effectiveness, productivity and profitability in the mines of today and in the future. There is a great mobilisation of resources, time, places and people around this.

That this research exist is of course not a problem, but if it dominates, it is a societal problem. It becomes research for certain stakeholders, with certain stakes on their mind, that risk further the power assymetries between different societal actors (and not to forget the muted Nature). Several questions are not asked, several voices are not heard.

For us then, Organizing rocks is first of all a basic research project, aiming to be more inclusive in terms of who, what, why, when, for whom, and by whom, and by posing more open research problems (how is a modern mine organized, where does a mine begin and end).

Other basic research questions relevant to the paradox of the north and to Organizing rocks could be:

– Should we live where we work, besides the mine for example, or should we get used to new times, that we should not expect a society by the mine and that all should live in the cities? The ore flows and we as well? This question should be seen against the growing trend in mines being more short-lived (due to increasing effectivity and productivity), in a growing industry around mounting temporal housing solutions, in the increasing use of different short-term labour contracts, as well as in the light of urbanization. How is this perceived by the people living through these processes and which questions do they ask to the rest of us?

– How can we understand the aboriginals (for example the Same people in Sweden, First nations in Canada, Aboriginees in Australia) who often constitute the strongest opponents to new mines while more of them start working for the mining industry? What can aboriginals with one foot in each camp (so to speak) tell us about their situation and their choices, and which questions do they ask to the rest of us?

– How can persons involved in a labour process organize themselves today, in times of individualization? Is there a common ground, common interests, a common story? Is there a collective political will and capability? Is it even desirable or necessary? Why? According to whom? 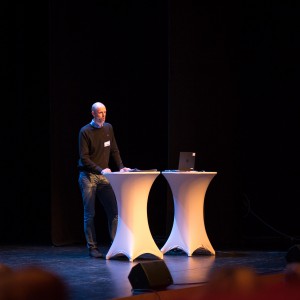 Photo by: Samuel Sandström (also the featured image for this post).