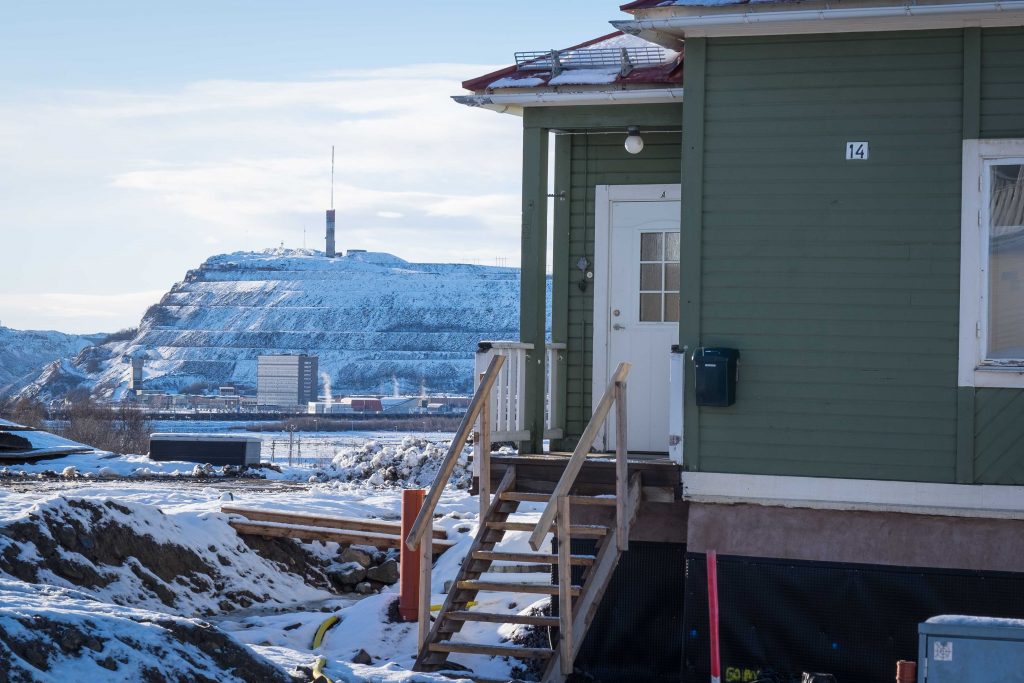 Next storyteller is one of the ombudsmen inside the gates, reflecting on the recurrent theme of people doing work in the Kiruna mine but living (and paying taxes) elsewhere:

It would be better if they move up, then there might have been more lively here [as in more pulse in the local community]. And there would also be more tax money in this town. This depletes… But if you get an assignment to work in Kiruna for four years, why bring the family here if you perhaps already is a worker who moves around? Those who were here and built our new main level [at 1365 meters below ground] are such people.

Reading a report about the mining industry from 2015, written by the central organisation of the union IF Metall (with sections in Malmberget, Svappavaara and Kiruna), it is stated that:

Overall, the mining industry has had a larger share of entrepreneurs compared to many other industries. In 2013 the companies reported that entrepreneurs represented about 45 percent of the working time. Maintenance and repair as well as drilling and loading are often contracted out. (page 42; our translation)