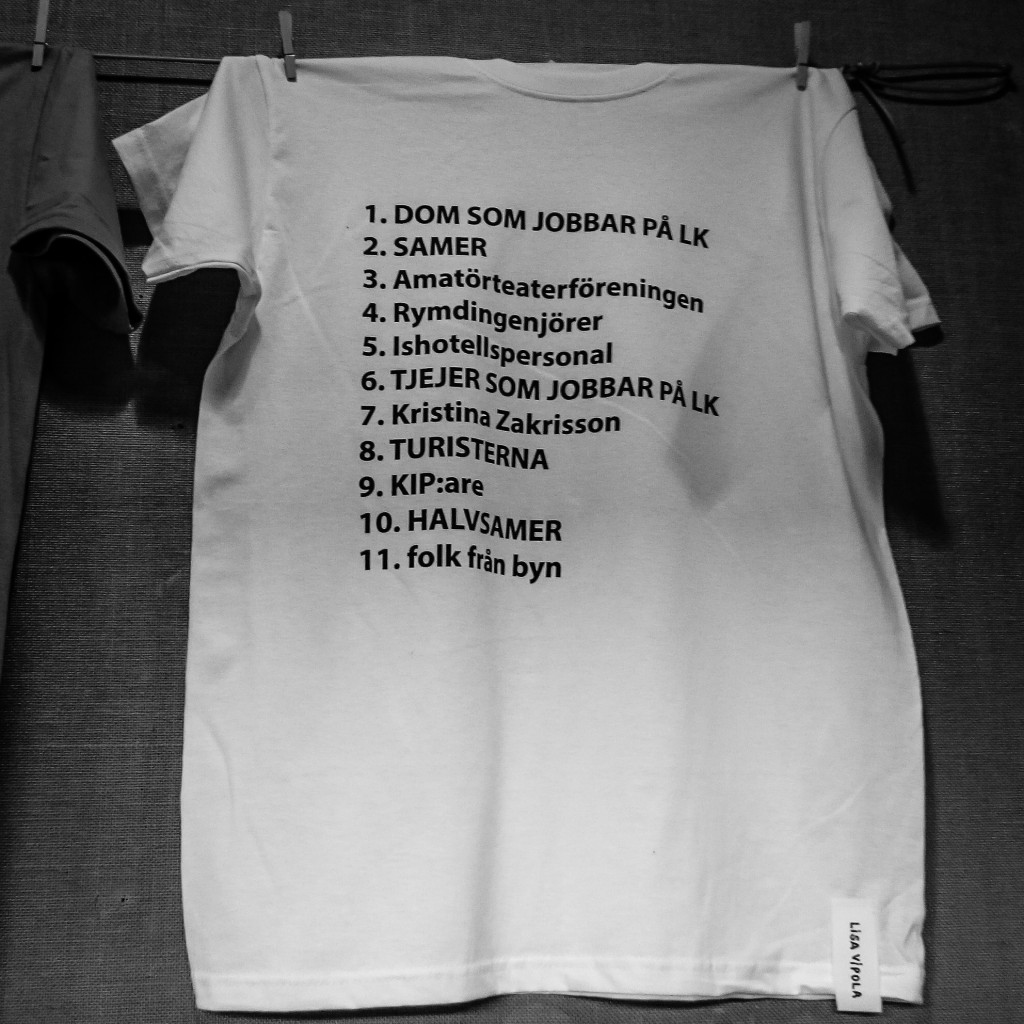 Part of our research strategy and ideas on where a labor process begins and ends, is that we cannot only talk to people in the core of the process, as in workers, managers and suppliers. Other people and other places might also be relevant. Our next storyteller is an example of this. She is a young woman, who has grown up in Kiruna and now works in town for a company not related to mining.

The mine controls the town.

Mm, it is so from my point of view and I think most people share my view. The mine controls the town. That’s how it is.

Okay, in what way?

If the mine wouldn’t be here, we wouldn’t live here either. It was the mine that attracted all people here and that formed Kiruna. If they would have to close down now, than everybody would move out of here. There’d be no jobs left. […]

Would you consider working in the mine?

Yes, money, that’s why. But beyond this, I don’t know. […] I don’t like that when you’re 19 years old you get 25.000 crowns [Swedish crowns, SEK] in the hand, when a normal 19 years old get max 16.000 crowns […] The differences are radical and they don’t get to see the real world. […] You see them buy new snowmobiles, fourwheelers, cars, when they are like 25 years old. […] That’s no reality. You’ve lost reality. […] a lot of them save up to a new car, but most of them also take loans because they know they’ll continue [working for the company], even though there’s nothing in writing, they know they’ll continue. […] But I’m probably jealous of them, but I’m angry with LK[AB] for paying these salaries. It’s sad that a 19 years old cannot see his or her reality in the salary. They should have age-determined salaries, so it’s LK that’s doing it wrong. Poor things [the young workers] who later have to face reality for real, its crappy for them being spoiled like this. It’s like being “curled” by a parent except that here LK is the biggest mother in town.