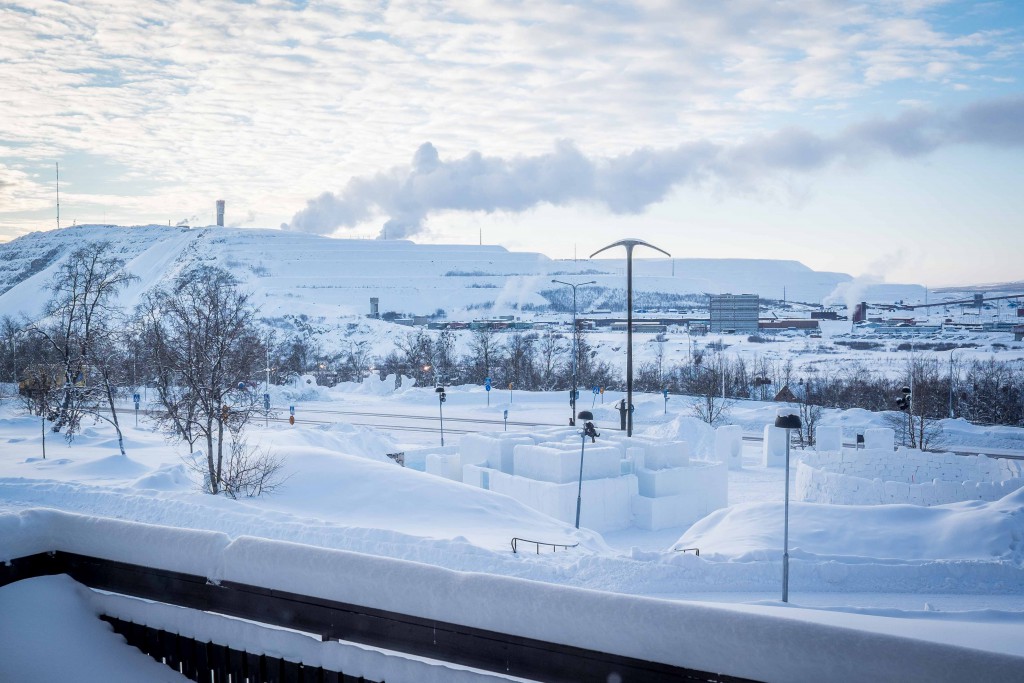 Visiting Kiruna means several hotel nights. Hanging out at the hotel, it becomes quite obvious that Kiruna, although very unique, is a familiar site in that: immigrant labour is very visible in the service part of society. Hence, at the hotel, the cleaners we meet and greet are immigrants, the breakfast staff is more mixed.

So what? Besides an observation, most likely relevant to many other service institutions in our society, what does this have to do with organizing rocks? Remember that we are in Kiruna with the purpose to grasp the labour process and changing power relations, and that we explicitly attempt to be open to what can account for as being part of the labour process. Hotels in Kiruna, as we see them, are to a large extent ‘infrastructural hubs’ for people that are in a work relation with LKAB and the Kirunamine, including us, although not paid by the company. So, the answer is that it has something to do with organizing rocks as the – racially structured – labour process at the hotel functions as a support structure to the labour process of the mine. Separate, yet together.

Talking about this also sparked our thoughts about race and the mine. We’ve learned that the racial structure is prevalent in the mine as well. Immigrants have service positions, especially cleaning service below and above ground. If native cleaning staff is to be found, we were told by a manager, we probably need to visit Förvaltningskontoret (FK; the admin house at the gates) where clerks and administrators work. We have yet to meet an immigrant worker inside the gates (if someone reading this could help us get in contact with one, or several, we’d be very grateful).

We have been traveling to Kiruna for more than a year now and this thought came to us now. So easy to see, yes to see, but so easy to neglect. So, even if racial structures sometime are rather easy to see, they are at constant risk of being suppressed by researchers such as us (and others) and thus remain uncharted territory.