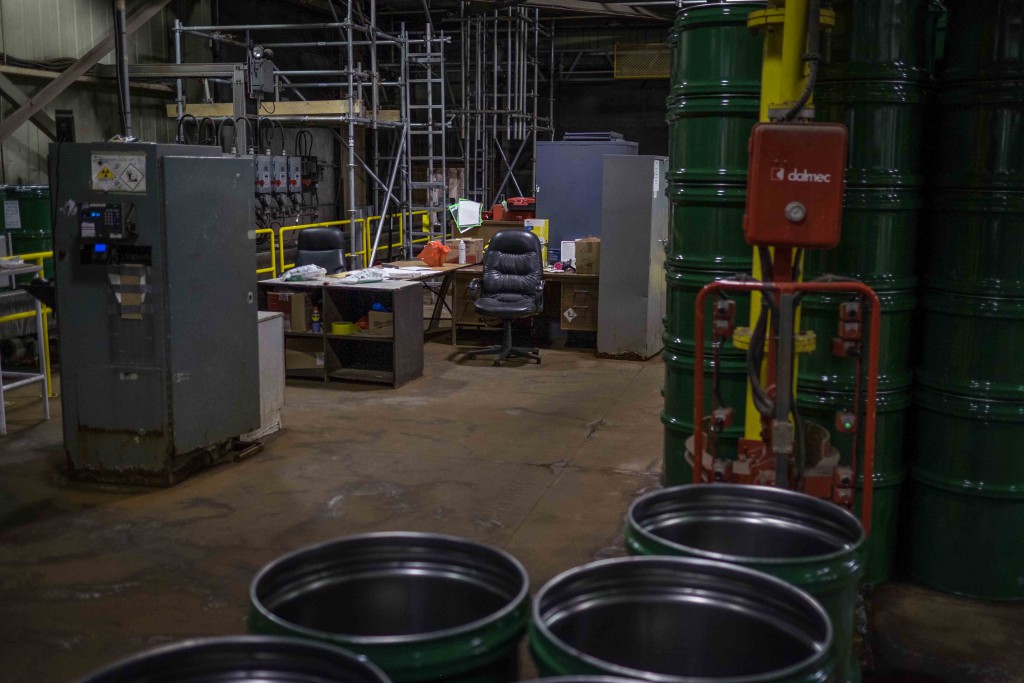 Below you’ll find a post from our guestblogger Emily Eaton, Associate Professor at the Department of Geography and Environmental Studies, University of Regina, Canada:

“I read with interest the January blog post “Empathizing with the subjects of study” and was reminded of a conversation I had with Johan when he visited the University of Regina. At that time we discussed Organizing Rocks’ relationship to Cameco Corporation, the owner of the uranium mine and mill at the centre of this study. I was happy to hear that the Organizing Rocks project is funded by public money because it has already been well-established that corporate funding of research influences projects to their core, shaping the design, methods, analysis and dissemination of research. In other words, social science research cannot be ‘dis-interested’ when funded by private corporations.

Yet, the Organizing Rocks project has had to engage with Cameco Corporation in order to gain access to the project’s research site, which is a fly-in/fly out mine and mill in northern Saskatchewan where workers stay at gated work camps. Johan disclosed in an email to me that he offered to pay all his expenses associated with travel and room and board, but that the corporation declined and paid for everything. The corporation also helped arrange access to many of the workers that Johan was interested in interviewing.

According to Kirsch (2014) this kind of ethnographic research within the corporation “poses a risk of co-optation, because the tendency of ethnographers to empathize with the subjects of their research may influence their findings or temper their critical perspectives.” Here I side with Johan and Tommy in suggesting that empathizing with research subjects is always a ‘risk’ no matter whether they are those suffering the impacts of extraction or those working within the extractive machine. Empathizing with subjects is not something to be warded against or denied, but rather, a way of getting deep into people’s stories and connecting with them on a human level. I must agree that those working for corporations, whether they are out-of-scope workers, or management are whole human beings with complex relationships to the work they do. In fact, in my experience researching the oil and gas industry in Saskatchewan, such workers and management can offer strident critiques of their industries from places of intimate knowledge. Such people ought to be engaged and often need the protection of confidentiality in order to speak their truths to probing outsiders.

The more pertinent question, I think, in relation to the Organizing Rocks research project is what Cameco is getting out of the research and relationship. We have already established that they are not intervening in or influencing the research trajectory, collection of data, etc. In fact, Johan suggested they have been remarkably accommodating in granting access to their personnel and operations. If the corporation is not getting anything tangible out of the research, why would they pay for travel and open themselves up to probing researchers? When corporations offer ‘no strings attached’ funding or perks (such as travel and accommodation) social scientists consider their research conflict of interest-free. Yet corporations still get something out of these relationships. In this case, they strengthen their ties to the University of Saskatchewan and a group of public policy researchers at the Johnson Shoyama Graduate School of Public Policy who have significant input into and influence on public debate in Saskatchewan. This is not uncontroversial, many critics are already wary of Cameco’s relationship to the University of Saskatchewan. Furthermore, in its support of the Organizing Rocks project the corporation fosters positive public relations and scores points as a good corporate citizen. All of these soft benefits play into the corporation’s ‘social license to operate’, which is required not just in the northern communities where they extract and mill, but across the province among a population that has seen nuclear energy and the uranium industry as a controversial issue and a site of fractious politics for over 50 years.”