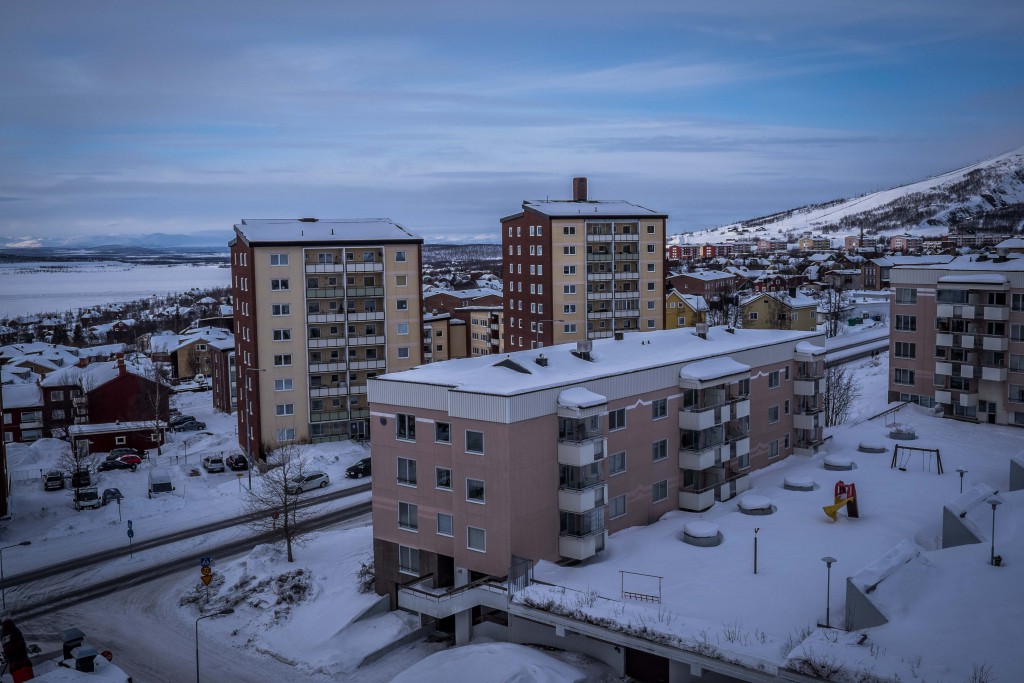 We were out riding in our rented car when it struck Tommy: Somebody is actually doing something to their house!

The thought came quick and Tommy did not understand at first why this thought emerged so strongly. Then we realized – being in the zones in Kiruna that will be teared down, is being in an area where not much happens in terms of renovation and maintenance of buildings. What is taking place is a gradual wearing down of facades, yards etc. (very visible to visitors) and demolition (as the tearing down of the area Ullspiran). We realize that we’ve done these observations throughout are many stays in Kiruna and that this puzzlement has been going on in our heads for quite some time. But it all makes good sense. If you have a house or an apartment in the area which is to be teared down you do nothing (besides what is absolute necessary). It makes sense to think that it makes sense doing nothing.

Seeing this “nill” activity makes us wonder what effects the LKAB:s plans to move a large part of the city that was announced more than ten years ago have had on the mindsets of the people living in the zones? Might there be other areas in life that are in need of “re-construction” but that have grinded to a halt?

As we’ve started to read interviews that we made last year, we also get reminded of that Kiruna-citizens have talked about this issue in the conversations with us (see also blogposts from May 1 and Feb 16, 2015). So, that’s the loop! We notice something and ask about it, forget about it, observe it again, and then rediscover it in already produced discourse. Is this sloppy and to be cured by a Robert K Yin case-study protocol, or is it a part of a normal back-and-forth process in research? Well, we opt for the latter, not to save our asses, but because our case is rather complex, eluding us again and again in a way that a protocol, no matter how ambitious it is, can handle. We also think that protocols can have the effect of ruling out heterogeneity and that which cannot be sorted in relevance, type, phenomenon etc. soon after being discovered.

Then again, the self-imposed task of feeding our blog, which you’re reading from now, could be a kind of protocol. To tell short stories, most often produced soon after an empirical experience (in Kiruna, or elsewhere), that leaves things open, we think protects us from excluding things that appears as non-relevant at first but that can prove extremely relevant later on.