Our paper on the remote uranium mine in Saskatchewan, Canada, has just been accepted to the Journal of Rural Studies (JRS). It’s a relief, since we’ve worked a long time with this paper and worked hard to improve it after every setback (see the posts from April 2018 or December 2018). JRS got the best version! As soon as the paper comes on-line first we’ll make another post to notify […] 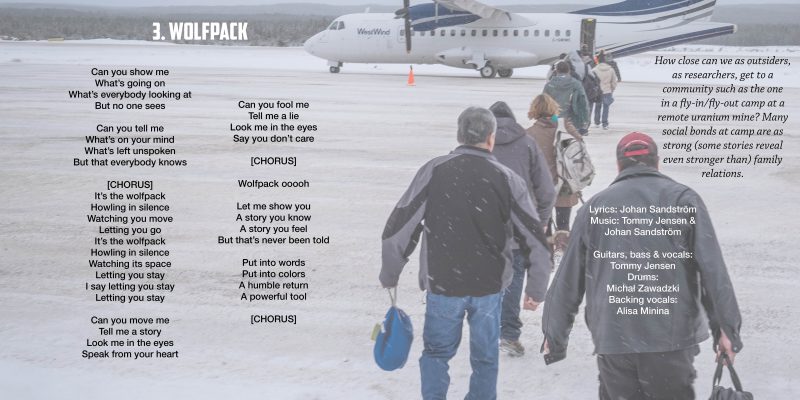 Dear Johan and Tommy @ organizingrocks.org, I’d be happy to hit the ball back over the net. Thanks for blogging about Engaged Anthropology, and for continuing to host a very congenial interdisciplinary space to discuss questions about research in general, and positionality vis-à-vis the mining industry more specifically. Here’s your first question: Stuart, how do you (besides suggesting they should read your book) answer the type of critique we’ve mentioned above? Constructive […] 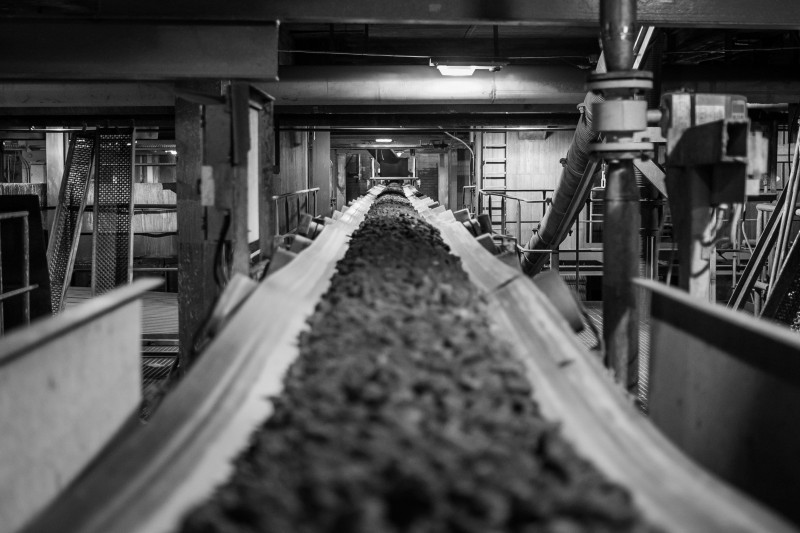 The mining industry is one of those sectors where a gendered division of labour (GDL) is highly evident. Things are changing, however, but sloooowly. Below, we’ve gathered some of the quotes from four different storytellers at MCA, the mine in Canada we visited. We think they help illustrate that thinking about organizing rocks not only need to consider gender but also both life inside and outside the gates (on gender, […] 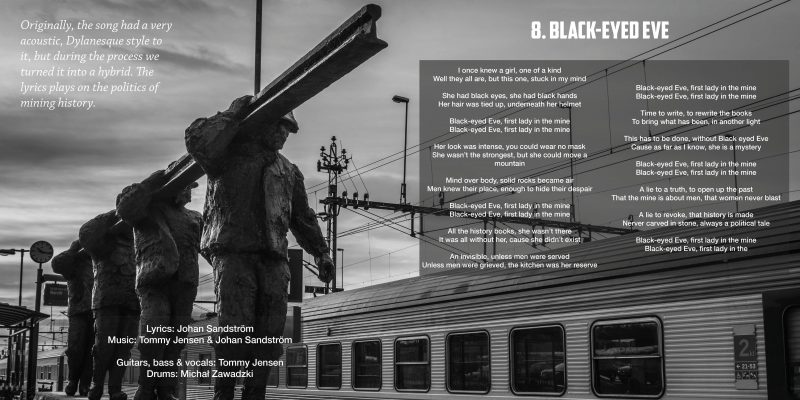 Where mines are, the state is not?

Time to call out the Swedish state? We’re reminded of the role of the state when reading a three-part article series by Jonas Fröberg in one of the largest Swedish daily newspapers, Svenska Dagbladet (the articles are in Swedish). The articles focus on conflicts around mines in the north (Kallak in Jokkmokk municipality is mentioned) between different stakeholders, particularly the Sami people and the mining companies, but predominantly zoom in […] 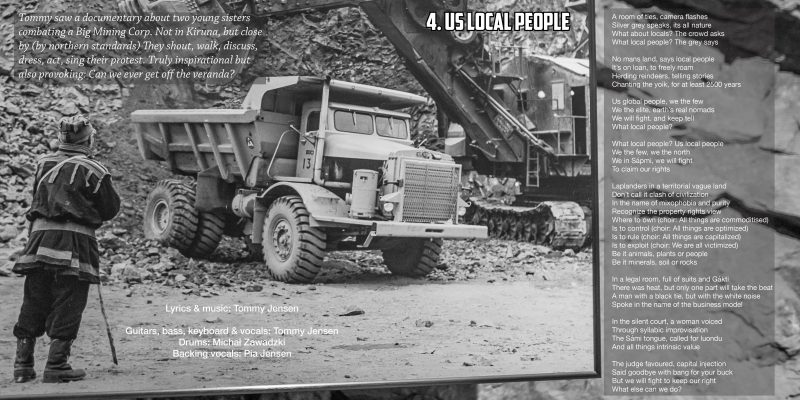 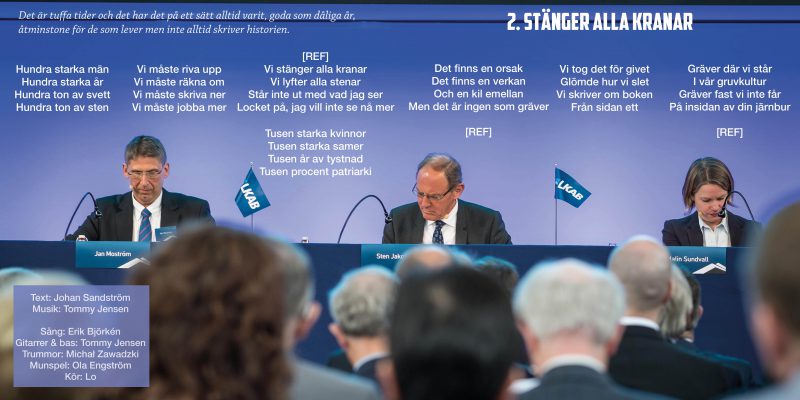 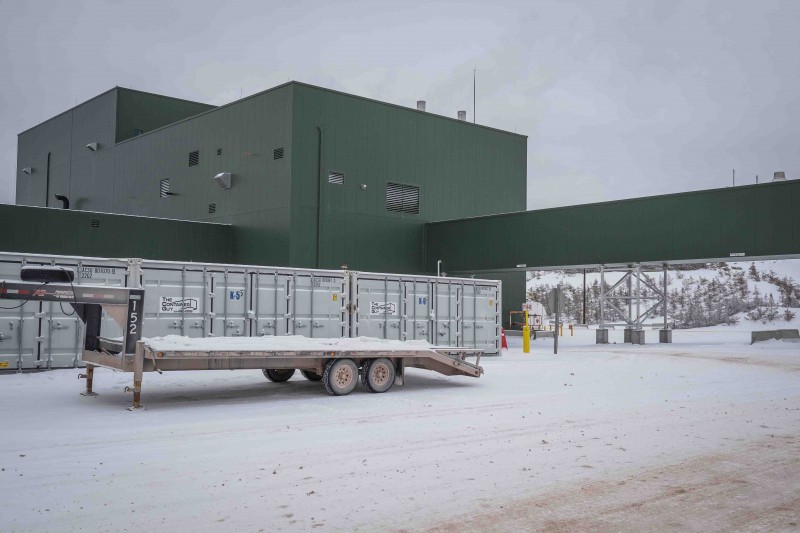 Talking to an indigenous man from one of the Same villages in the Kiruna area, we ask: In your village, with reindeer herding and such, is it okay to work in the mine? Yes, it is. It must be up to each one of us because we live in a society that looks the way it does. With the economic values we have, I completely understand a young person growing up […]

Storyteller #18 – from Canada, on having two families

Next storyteller is a woman, an aboriginal, working at the mill at Key Lake. She talks about the strong social bonds created at work and therefore about having two families, one at home and one at work: Actually, if you talk with anyone here who has been long term they’re going to tell you that ‘this is my family’. We live with them, we work with them over the years. […] 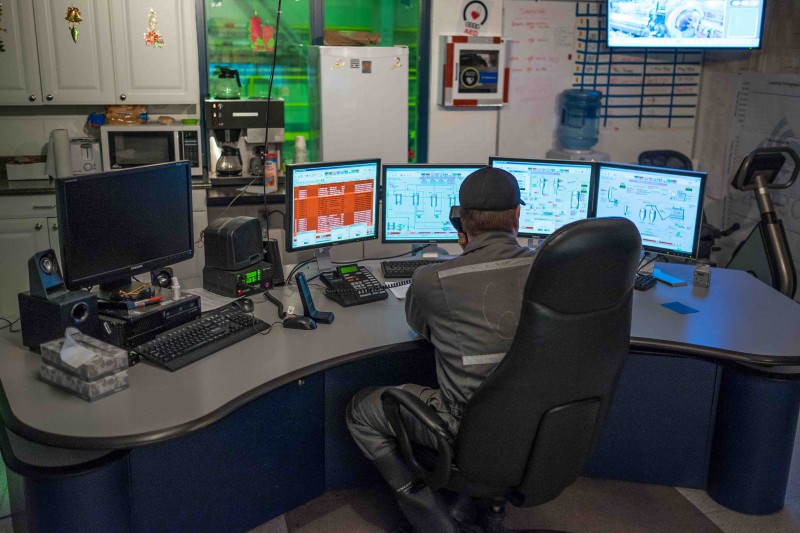 Storyteller #16 – from Canada, on the relation between company and community

Our next storyteller is an aboriginal man, working as a manager at the mine and as a representative of his local community in the north. Mining companies, including their contractors, operating in the north have to hire Residents of Saskatchewan North (RSN) as labor (see previous blogposts on this, just search for the category “Canada” or “Aboriginals”). Below is an extract from our conversation about this: So in Canada you have that […] 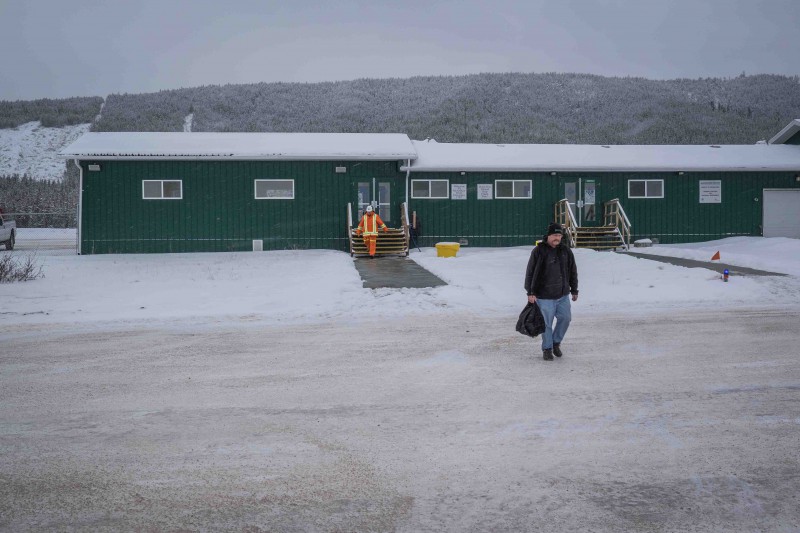 What is so obvious in the labor process in the uranium mine in Saskatchewan – the integration of indigenous people – is less so in the Kiruna case. Of course, that doesn’t mean that the Sami people in and around Kiruna aren’t drawn into and affected by the labour process in the Kiruna mine. We think of the picture heading this post, the LKAB moose and the reindeer, and the […] 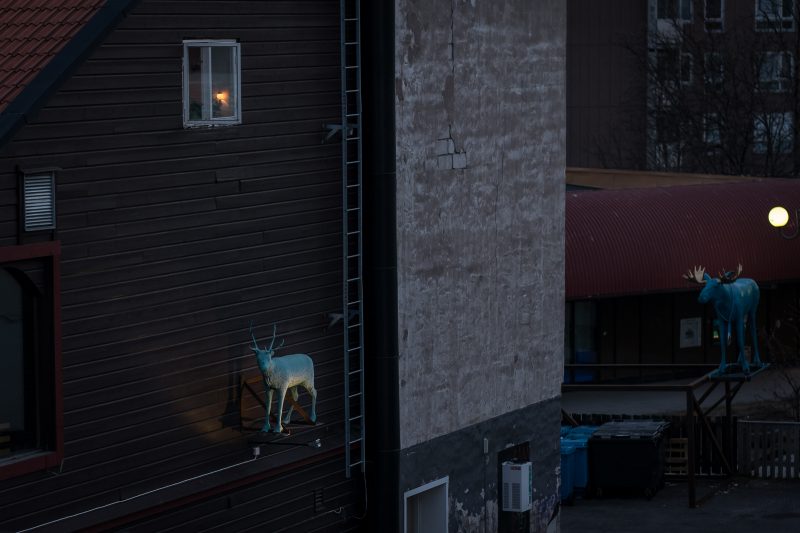 We’re reflecting on the book Mining capitalism (University of California Press, 2014) by Stuart Kirsch, professor of anthropology at the University of Michigan. We’ve mentioned this book before, but thought we’d dedicate a post on why we see it as relevant and useful to Organizing rocks. First of all, it’s a very encompassing book, targeting the relationship between corporations and their critics, between capitalist modes of production and critics of it, a dialectical […] 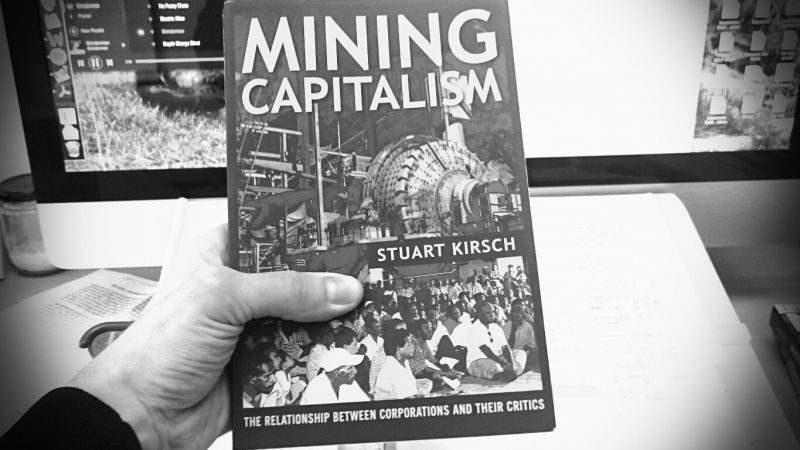 On language and indigenous people 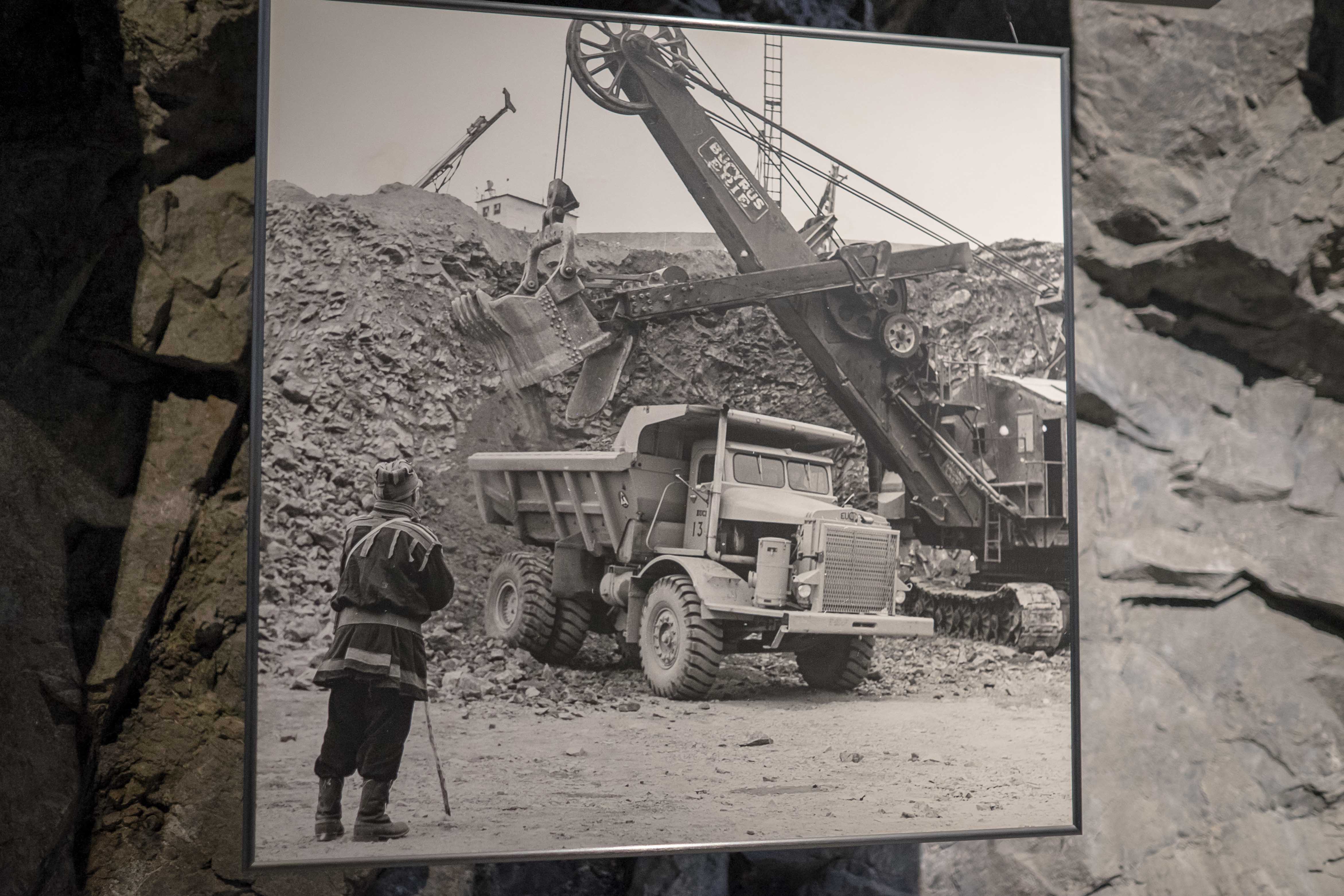 Aboriginals and the labour process (part 4)

Two short questions are still left hanging from my visit to MCA in Saskatchewan and from reading the CVMPP-reports: What about the contractors? In the reports, contractors are not really dealt with, but they still represent a significant part of the labour process. Just as on site, they had their rooms in a building beside the Cameco employees, but they shared the other facilities (restaurant, wellness facilities etc.). Interestingly, most […] 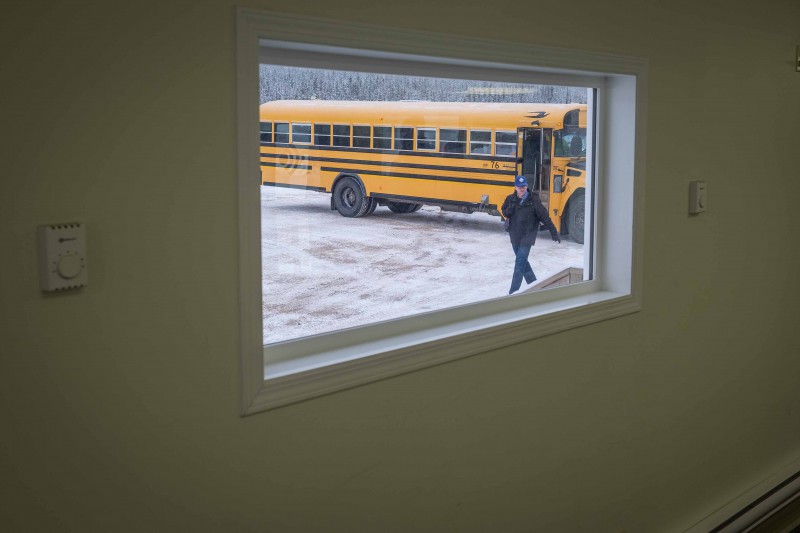 Goffman and the Wolfpack

“How long would it take for me to know what’s really going on here?”, I asked. “About three to four months”, the worker answered. I looked at my watch. Twenty hours to go before my flight back to Saskatoon. It takes time to get to know the social codes of a wolfpack. Arriving, staying at and leaving the McArthur River mine site, I kept thinking of the sociological opportunity to study […] 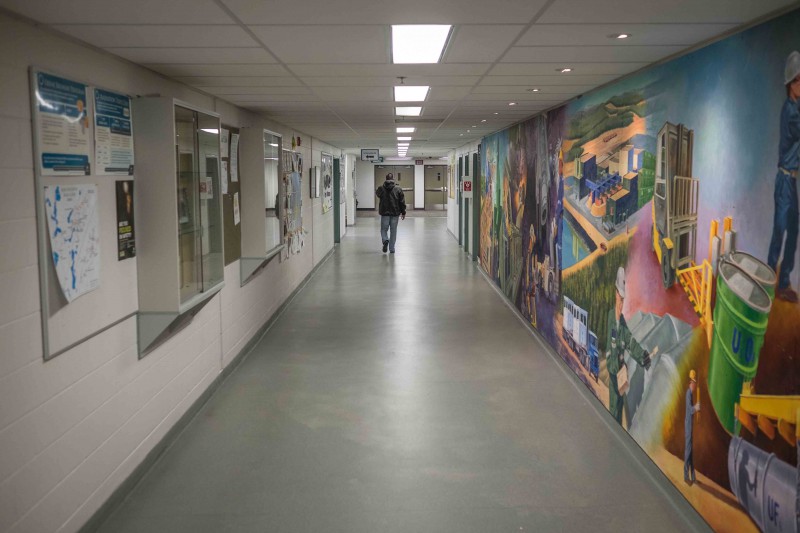