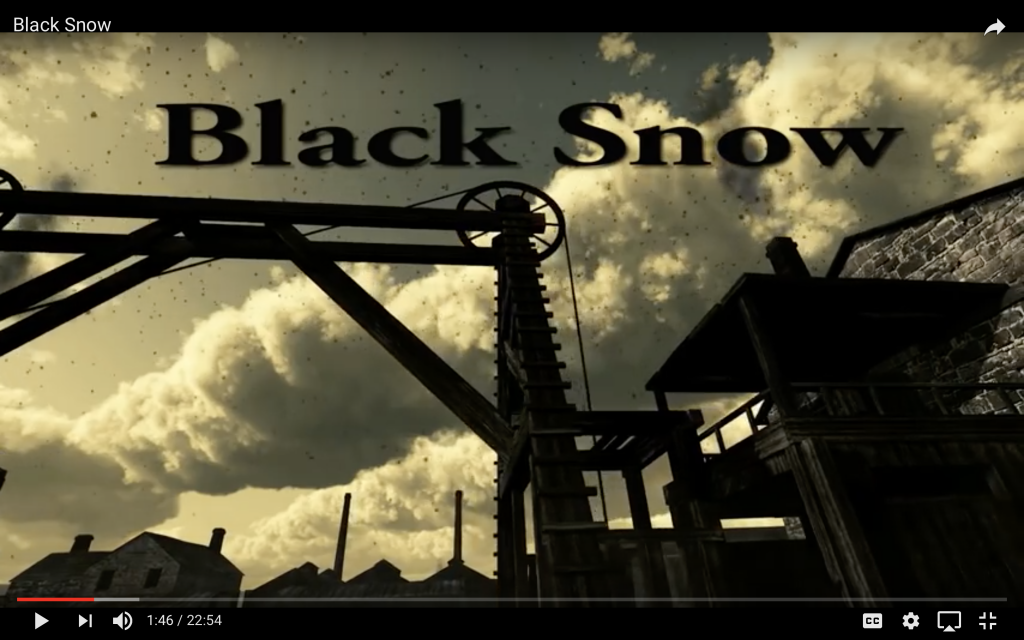 Early on in our project, we decided to ask miners if they could tell about their relation to work, mine and community in front of a camera as well. We produced a couple of interviews on our blog, but once we were rejected by top management, the idea of filming interviews became more sensitive. Eventually, we abandoned this part of the project, although we did produce interviews with academics as well as a couple of simple music videos later on (click here to see all our videos). So, the research-as-film idea did not vanish, although we felt that our initial idea of producing a lengthy documentary towards the end of our project wasn’t pursued. Other scholars go all the way, though. One film that we were recommended is the research documentary called Black Snow about a mining disaster in the UK. It is written and directed by management professor, Stephen Linstead. Watch it! On YouTube, the film is described like this:

Winner of the Best Research, Black Snow looks at the explosion at the Oaks Colliery in Barnsley, South Yorkshire, which despite being the world’s worst industrial loss of life in the 19th century, was a tragedy that remained relatively unremembered until 2015, when a group of ex-miners, trade unionists, and local historians attempted to raise money to erect a memorial for its 150th anniversary. The film tells three interlocking stories: the story of a historical community devastated by the disaster, struggling to survive; the story of a contemporary community, decimated by the loss of industry, rediscovering itself in the struggle to remember; and the story of a sculptor, struggling to make one last masterpiece. It features an original score by BBC Radio 2 Folk Award nominee Jed Grimes and Mercury Music Prize winner Robin File.