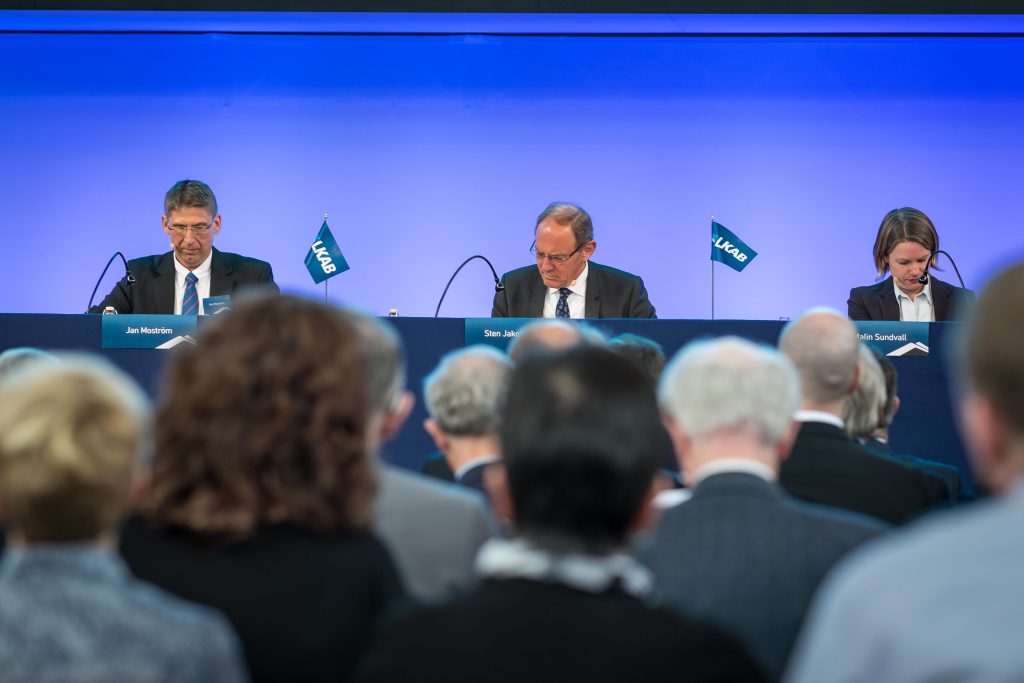 Yesterday, Johan attended LKAB:s annual meeting in Luleå, Sweden. It was an interesting, maybe even odd, experience (see a picture gallery further down).

A lot of suits, difficult to know how many attended, maybe 50 people. I feel rather alone in my hoodie (or bunny-hug as they say in Saskatchewan). Besides top management and board members of LKAB, the Swedish Minister of Industry, Mikael Damberg, was there, our national superstar Charlotte Kalla (cross-country skier, sponsored by LKAB), all the relevant media (state television and radio, local newspapers), the Mayor of Kiruna, the former Governor of Norrbotten etc.

Except for a few of those present, we’re there to watch and listen. This is a ceremony, a staged performance. LKAB has 700 000 stocks and all of them are owned by the Swedish state. The annual meeting, that is, is a dialogue between two persons, the chairman of the board (also elected as the chairman of the meeting) and a young man sent by the state. This creates an almost comical situation. Even the chairman couldn’t help smile once in a while. The chairman says: “Can the meeting approve of the agenda?” The young man from the state says: “Yes”. He’s the state, the meeting, the people. A company owned by us the people, channeled through this one person. It’s a very apparent case of the Leviathan (as in the state, and also as in all LKAB:s mines) being represented and translated by individuals (as in Alex Golub’s Leviathans at the gold mine, 2014).

Three keynotes are delivered, one by the chairman, one by the new CEO, and one by the Minister of Industry. With a special eye to Kiruna, our case, the chairman mentions the process of moving parts of Kiruna and about the company’s “extended role” (I interpret it as the company is not only a mining company, but also city planner and a construction company). The CEO also mentions Kiruna, but it has more to do with troubles with the works (one “bärring” had to be replaced) and with some of the shafts. This led to the value of the assets in Kiruna being written off with 7 billion Swedish crowns. It is also mentioned that given the troubles of getting the stone up from the Kiruna mine, the open pit iron ore mines in Svappavaara (about 60 km from Kiruna) will feed the Kiruna mine with goods, thereby being explicitly drawn into the labor process of the Kiruna mine.

Once the official meeting is over, there is no invitation for questions, but the head of communication interviews Charlotte Kalla on stage and two awards are handed out, one to a women floorball team in Kiruna/Pajala and one to an artist from Koskullskulle. They get 50000 Swedish crowns each. Then there are hors-d’œuvre and mingle time. I get to meet some old acquaintances. 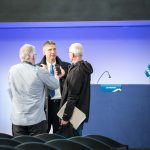 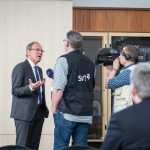 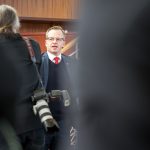 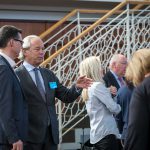 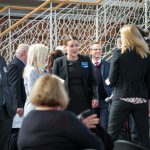 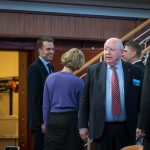 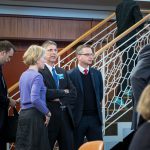 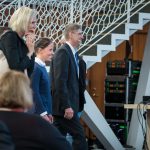 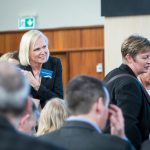 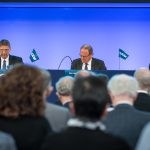 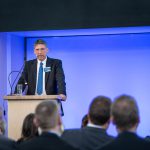 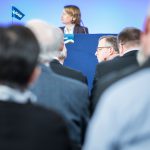 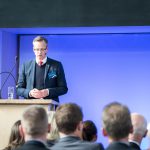 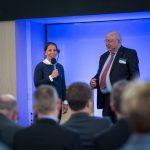 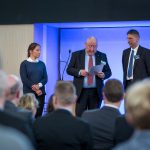 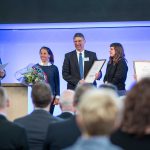