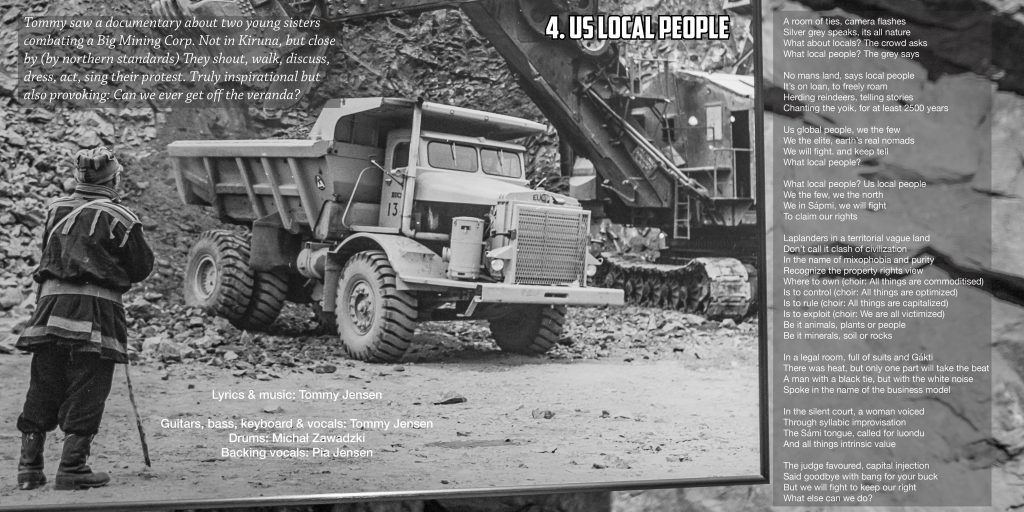 Time to call out the Swedish state? We’re reminded of the role of the state when reading a three-part article series by Jonas Fröberg in one of the largest Swedish daily newspapers, Svenska Dagbladet (the articles are in Swedish).

The articles focus on conflicts around mines in the north (Kallak in Jokkmokk municipality is mentioned) between different stakeholders, particularly the Sami people and the mining companies, but predominantly zoom in on how the state has managed to postpone decisions where it has been expected to put the foot down, either siding with mining or the indigenous Sami people. Such decisions, it seems, are heavily sought for from both (or all) sides of the debated projects. Capital and people are eager to know (nature seems silent, vulnerable).

In our Swedish case, the state is the owner of LKAB and has profit demands on the company, but it tends to claim that LKAB is just like any other company, somehow justifying a hands-off approach when it comes to interfering in the relationship between the company and its local stakeholders (the municipality, local Sami villages etc.).

We’ve written about the Sami people on the blog before so we briefly zoom on the state as an important stakeholder for the municipality; politically, financially and regulatory. During the project we’ve encountered people in Kiruna that definitely want to call out the state to be more visible, to step forward and take explicit stands. Some examples from our field work:

I can be totally honest [about moving the city], the state has almost abdicated from the question. (ombudsman, local union)

LKAB is pretty good at lobbying the state, and work in different ways with this. We have never, for example, had the Swedish Prime Minister to visit us publicly in Kiruna. They went by, by bus, one time. Fredrik Reinfeldt [former Prime Minister], he went straight down to LKAB. (local politician)

One illustrative quote that we also used in our art exhibitions of the project:

If they could, they would’ve moved that God damn mine to Stockholm. (worker, above ground)