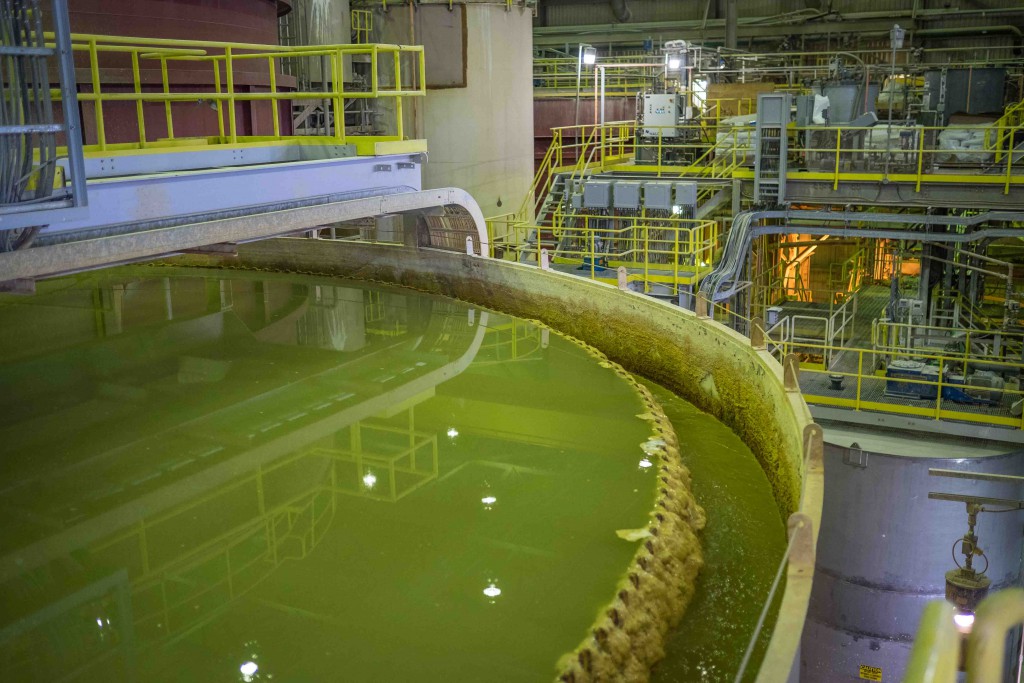 Key Lake is where the uranium from MCA is processed, turned into “yellow cake” (which in the end is black), and then exported. The mill is about 80 km from the mine, about an hour drive on roads controlled by Cameco, and on which the slurry trucks go back and forth. Aboriginals entitled to be on the land are also allowed on the roads.

I ride with Ryan and although the landscape is covered with snow, it’s a beautiful area. Rolling hills, many lakes, short trees (many marked by last Summer’s severe forest fires). Had it been back home, a cabin here and there would break the view, but up here it’s not as common. Arriving at Key Lake, I get to meet staff in the administration and several workers at the mill as well as visit the camp site for lunch (including the Sunday donut). My guide in the mill is Kevin, the mill manager. Below is a short report and some pictures. 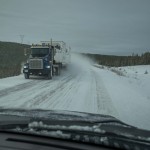 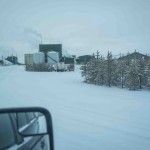 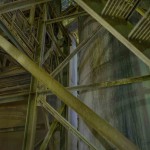 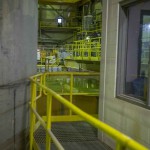 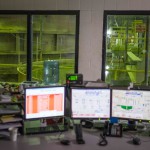 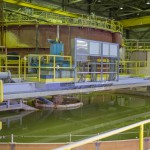 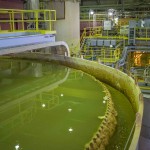 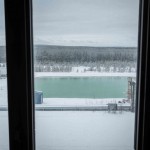 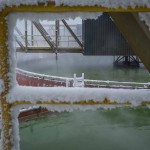 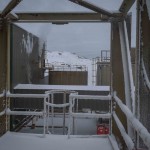 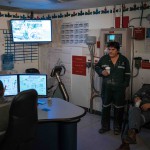 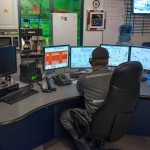 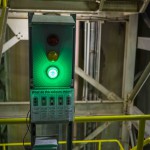 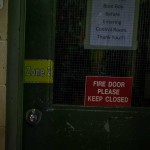 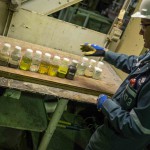 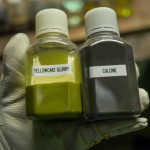 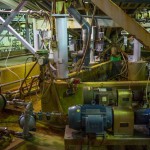 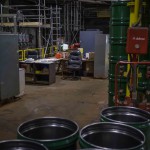 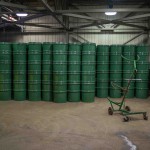 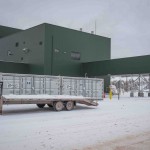 Safety first, so I’m all dressed up, from head to toes. One impression is that there are not many people in the facilities, reminding me of the works in Kiruna (big buildings, few people). I meet and talk to five operators, all of them are aboriginals, four from different communities (Pinehouse, Patchuak, Cumberland house) and one from Prince Albert. All of them had also gone through internal trainings and worked their way up to reach the highest level for an operator – from level 1 to 10 (you don’t need a chemical or metallurgy degree to work as an operator). Their work is in the control room, controlling the different processes, but they also walk and inspect the facilities everyday. Same type of work as in the works in Kiruna.

Another impression is the lime ‘dust’ coloring the inside of the first facility Kevin takes me to (which houses the last part of the process). Kevin pointed out that it’s not really a problem but that they will clean it up. I couldn’t help thinking it was beautiful. I remembered having a similar feeling during the tour of the works in Kiruna when confronted with all the pipes, machines, stairs, dust, noise, etc., and with the idea that all of this actually work together somehow. Although these facilities house processes that put a lot of strain on our natural environment and where humans have to deal with hazardous materials in their everyday working life, there is nevertheless some kind of industrial aesthetics to them. A strange combination of feelings, for sure (ergo, there’ll be a song about this in the future).

Thanks to Kevin, I get a good tour and a good introduction to the process. It was also easy to feel the difference in terms working climate between Key Lake and MCA. My impression is that it’s a bit rougher at MCA, reminding me about a similar difference between the mine and the works in Kiruna. To some extent, a similar rhetoric or jargon among the workers also exist. In Kiruna it’s between those who get the stone up versus those who get the stone out. At Key Lake a common strategy used to tease MCA seemed to be that: “anybody can dig dirt but we do the magic and turn it into money”, or “it’s at Key Lake where the magic happens”. Consequently, the room where the experts in metallurgy work (all with higher education degrees, a demand making it much more difficult to recruit aboriginals/RSN) is called “the magic room” and the metallurgs are called “magicians”.