The Canadian case is based on the Cameco Corporation’s uranium mine at McArthur River in Saskatchewan. Related to the McArthur and Key Lake facilities (where the mill is), Cameco has about 900 employees and about 750 contracted employees. Click here for a video by Cameco (not us) showing the McArthur River mine. As one of the few in-depth labour process analyses of the mining industry, Bob Russell (“More with less”, 1999: 22) relies on this example in order to identify why the mining industry is drastically changing: “The prototype for such spatialized employment relations was the uranium industry, where radically spatialized work relations are now the norm”.

The partner for the Canadian case study is the International Centre for Northern Governance and Development at the University of Saskatchewan.

The logbook below is in chronological order (newest events first):

27 November, 2015
Back in Saskatoon, Johan interviews two workers and meets with two senior managers at a contractor (owned by a band) to Cameco. He also meets with a professor in labour studies at the university.

25-26 November, 2015
Invited by the faculty of business administration at the University of Regina, Johan presents the project and meets with local scholars.

20-23 November, 2015
On the second trip to Saskatchewan, invited by Cameco, Johan spends three nights and four days at the McArthur River uranium mine site (only fly-in/fly-out workers). He is given a tour underground and of the facilities, meets a lot of workers and managers, makes an over-the-day visit to the mill in Key Lake, and basically lives the camp life.

18-29 June, 2015
On the first trip to Saskatchewan, Canada, Johan spent six days in Saskatoon, with about 300.000 people the largest city in the province, and Missinipe, a small village five hours north of Saskatoon. The days spent in Saskatoon involved meeting people at the University of Saskatchewan (U of S), predominantly at the International Centre for Northern Governance and Development (ICNGD), at the mining company Cameco, and getting to know the city itself (by walking, having a lot of coffee, visiting the local jazz festival etc.). The days in Missinipe consisted of a workshop (the Walleye Seminar) with about a dozen other scholars and practitioners on governance and development issues related to northern areas in predominantly Canada, Norway and Sweden. 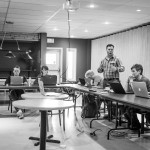 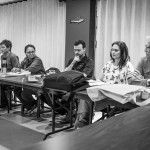 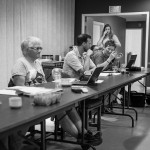 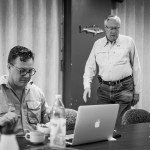 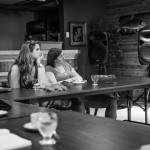 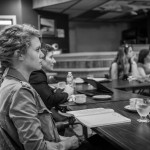 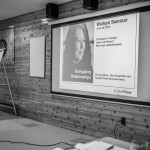 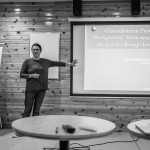 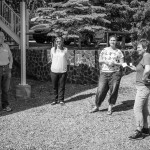 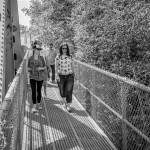 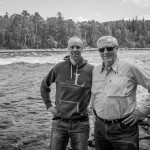 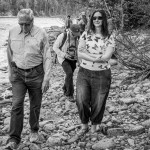 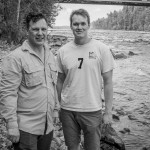 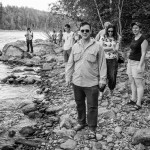 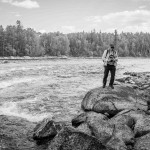 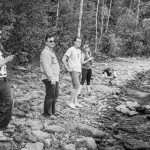 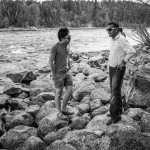 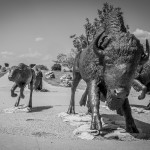 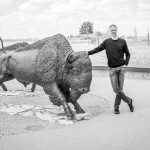