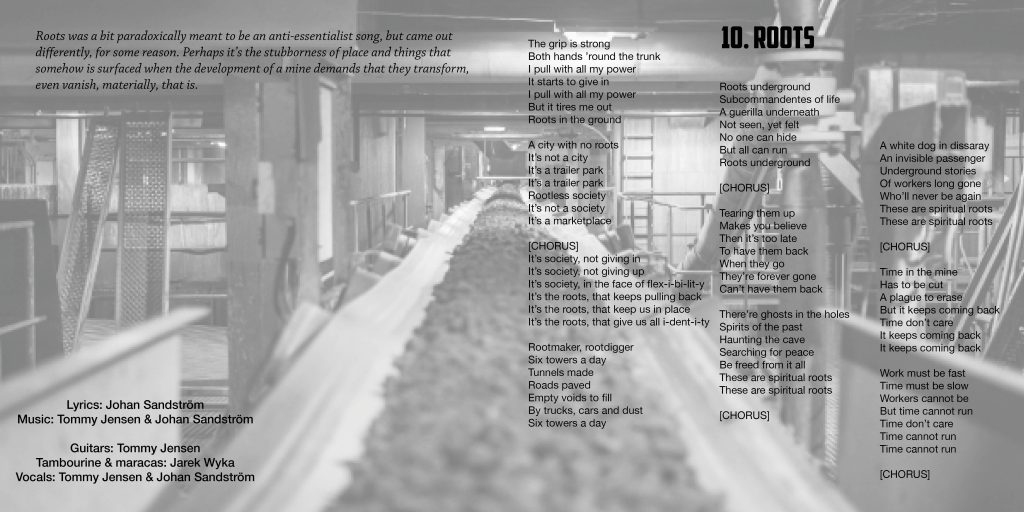 Storyteller #8 is a man, working above ground, a white collar. This story is about the role of contractors.

– Could you say that many of them… used to be employed by the Company, or? Maybe you don’t track this…

– Yes, but it’s both, it’s both companies that have always worked here, they’ve always had their own companies. Before we used to have more functions in-house but during a period now we’ve outsourced and during that time, maybe it was more that you said to those skilled people, that ‘couldn’t you start this company’…

– I’m thinking, that much I’ve understood, that there’s a very strong faith in the Company, that it carries Kiruna in a way. Does that mentality exist among the contractors, that it is the Company that should fix it, that should pay the bill? Do you understand what I mean? It’s a kind of patron mentality. If something happens, the Company will come in and fix it.

– Yes, that’s the case. It (the Company) is a very important customer to a lot of contractors, that’s how it is. From history you also know that when times are worse, it’s the contractors that go first. You protect the own staff over everything else.