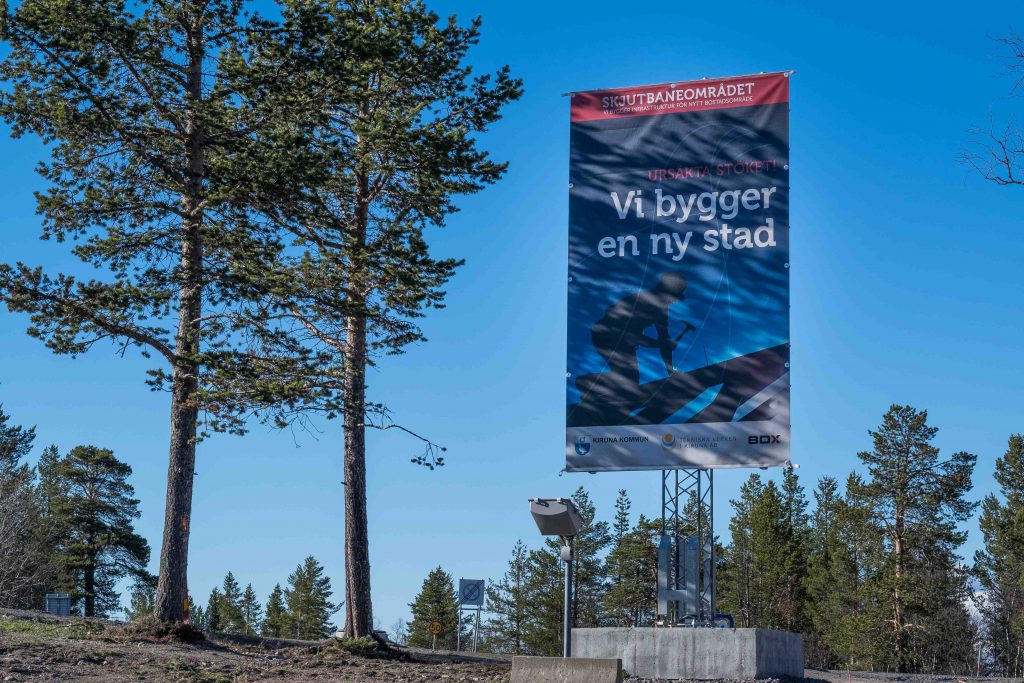 Mines tend to be located in remote regions, such as Kiruna (Malmfälten) and McArthur River (Northern Saskatchewan). Over time this has caused a core challenge for mining companies: how to enrol workers to these resource peripheries?

In Kiruna the first rocks were knocked loose in 1896 and once the mine started, workers from all over Sweden (and parts of Finland), many whom had spent years building the railway from Kiruna to Viktoriahamn (now Narvik), Norway, migrated to Kiruna to become miners. Around the mine the local community of Kiruna was built. Local reproduction of workers was crucial as there were scarce opportunities to do drive-in/drive-out or fly-in/fly-out!

Reflecting on this today, things are different – well, of course! But this particular phenomenon, the challenge of remoteness in getting access to workers to the mines, is of core interest to our project. Today, remoteness is not as serious a problem for a mining company, in this supposedly ‘old economy’, as commuting is much more feasible, work-schedules even accommodate it. This changes the company’s position visavis society, as local reproduction, and current ‘reserve army’, is not as crucial anymore. How much social engagement in the local community should the company invest in when many workers do not live there? After all, the main responsibility for LKAB and Cameco is to generate revenue to its owners. No? Cameco turned it around in MCA, ‘stay in your (non-mining based) local community and we’ll come get you’, but for LKAB in Kiruna, it is facing a depopulating local community once built entirely around the mine.

We’re writing about this at the moment in a forthcoming book (in Swedish) and we have it as bits and pieces in the two articles that we’re fighting to get accepted. What triggered this post, however, was yet another one of our many storytellers. Once upon a time people migrated to Kiruna, not anymore, or? Reading through some of the interviews again, one with a municipal officer in particular, it struck us that at the time of our empirical studies, the crisis in Syria started and unprecedented amounts of refugees came to Sweden. Some of them were also sent to Kiruna, to this depopulating, remote area in Sweden. While the municipality fought to negotiate the urban transformation of Kiruna with LKAB, where lack of housing was (is) a key concern due partly through commuters/contractors buying/borrowing real estate, and partly due to the mine ‘undermining’ the town (we’ve written about this in earlier posts), Syrian refugees stood at the train station, needing a place to stay, something to do. Kiruna also needs people if it is to combat depopulation, where some see refugees as an opportunity, but the mine does not need people (well, they lack some specialists, but the workforce is in general being reduced). Also, these people were not really migrants, but refugees – forced to leave since they are at risk staying in the home country, not strategically choosing Kiruna as a place to live, to be safe, or to come work at a mine. But still, here they are. As a municipal officer told us:

We have a situation with an [municipal] organization that is on its knees already before this [refugee crisis], with social welfare and the schools, all that goes on in the school world, with need of host families, with vulnerable children. All possible things, lack of teachers, lack of competence [staff with formal competence] at the social services, and then all of a sudden you are facing these things [the refugee crisis]. We don’t even have housing. It’s completely absurd. Ten, fifteen years ago we received money from the state to tear houses down. We could have used them now. But we got a hell of a lot of money to tear those houses down. Now we must start building houses and wherever we start planning, there are appeals against us to the dying days. Everybody wants houses but not next to me…

As we re-read more interviews, self-reflection leads to self-criticism: we didn’t ask about the refugee crisis further. Why didn’t we? What happened to the refugees? Did Kiruna and/or the mine managed to integrate some of them? We did not see them in the mine during our stay (then again we were not allowed inside the gates after November 2015) and we did not hear anybody talk about refugees getting work inside the gates. The mine, with all respect, seems to be an ‘white, predominately, male space’ (in our visits we could not spot any mine worker with other ethnicity, but among the cleaners some said there were). It might be the case that LKAB were helping out (with different resources), but it would be interesting to dig further into whether the company have an idea of viewing refugees as future miners.