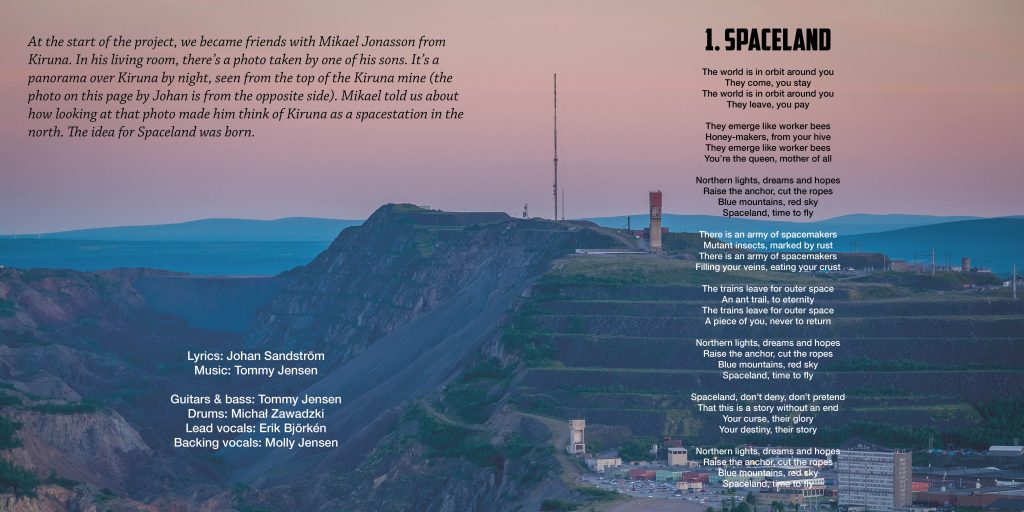 Last year we met a local politician in Kiruna. One theme in our conversation was how different work rotation schedules related to the local community, since workers who work in Kiruna but don’t live in Kiruna also don’t pay taxes in the municipality. The politician said:

When we discussed about there being a lot of people commuting [from outside the municipality to work in the mine], they have these work rotations schedules where they work seven days and are free seven days. There has been a discussion about whether or not IF Metall [the workers’ union] perhaps should make LK[AB] stop this. But, even those who live in Kiruna want these schedules. It’s very much a matter of… Before they [many commuters] went home to Tornedalen… They really want this. Work seven days and then spend seven days in their cabins. But the union doesn’t dare to push the issue since it works against their members.