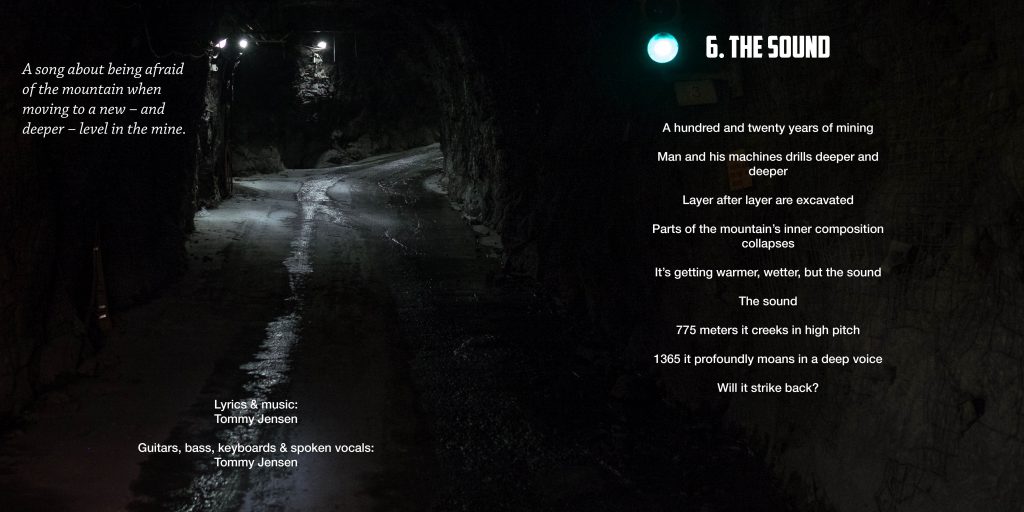 Our next storyteller is a woman, grown up in the Kiruna area and now working for a supplier to the Kiruna mine. During our conversation we discussed all kinds of topics related to the mine and to work. Below, we’ve selected two quotes from her thoughts on the mine and society:

If you would put words on the relation between you and the mine? What does it [the mine] do to a person living in Kiruna?

I’d say that the mine has… When times in the mine are bad, it influences people, there are many working there. A negative impact, impacts society, that is Kiruna as a city, the inhabitants. When times are bad in the mine, its noticeable in society. When times in the mine are good, its also noticeable. I think that if the mine slows down and there is a recession, even if other types of businesses wouldn’t have to, they still get cautious, they think ‘now times are bad’. Perhaps you postpone purchases until later. I think you’re influenced although not really conscious of it. […]

This trend where they extract more ore with less hands, is that talked about? […]

Yes, well, it’s as if they extract more with less hands, and in a faster pace I would say. Sometimes I wonder if the mountain has time to catch up. Do you see what I mean? Does it have the time to settle… we’re taking something that… a resource that exists. We make a hole in it but does it allows us to do it? Are we moving too fast? We just take and take and take, soon the mountain might protest and just collapse.