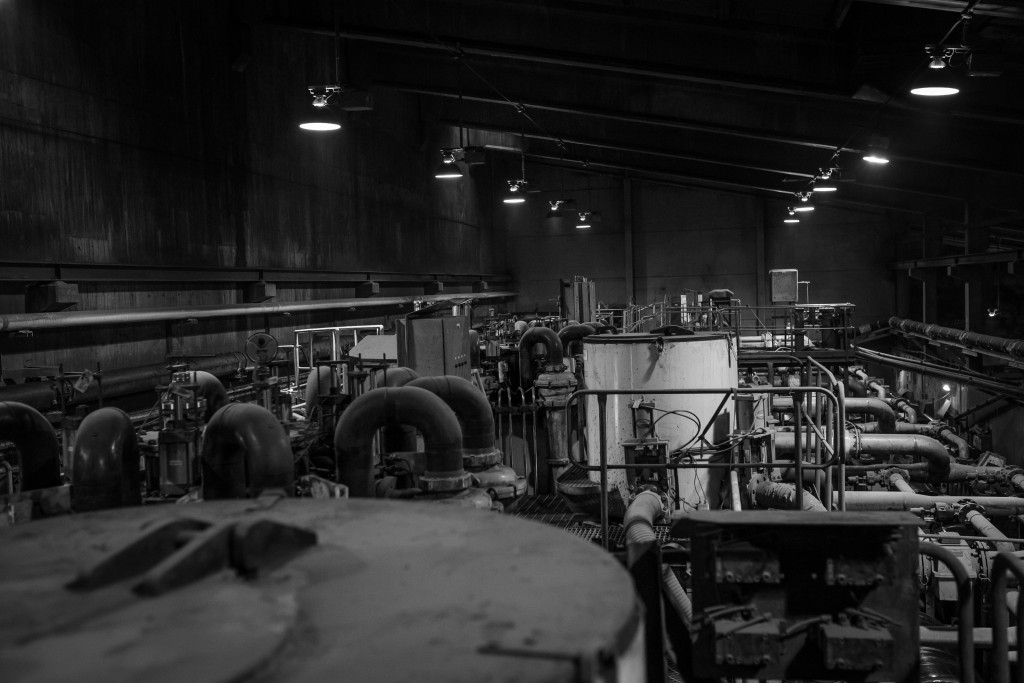 We have been invited to visit production facilities above ground, the processes of dressing and concentration. Noisy, greasy, wet, huge machines, a lot of stairs and levels, high-tech control-rooms and hands-on mechanics. Our host (a manager) spends four hours with us, allowing us to shadow him during his workday, taking us to different places.

The impression was rather overwhelming, but very rewarding. Seeing, hearing, feeling and having a conversation about the place “while on the move” is something else than merely talking about it. We had interviewed our host a couple of weeks before. He then told us the following: “Guys, you’re doing this the wrong way. You should have visited me at work before you try to ask me questions about it”. We could not agree more (we will interview him again!).

To see, hear, feel, and talk about noise, grease, wetness, huge machines, stairs and levels, high-tech control-rooms and hands-on mechanics is good for us (and hopefully for those we meet), but how do we report it? We’re not allowed to shoot film inside the gates, but we have permission to take photos and can use them as long as they first are approved by the company. But how to, for instance, report noise? Using words is one way, so trust us then: it was noisy! The noise was everywhere and made conversation hard. Yelling was often necessary. The noise also had different characteristics (whining, rumbling, crumbling, jarring etc.), different pitch and loudness. We are pretty sure that a lot of the noise was impossible for us to hear (beyond the human ear). The noise was thus also interfering without us being able to notice it. It also interfered in such a way that the recorder on Tommy’s smart-phone hit the red-level when trying to record it and the noise, when recorded, became (even more) distorted.

But what more could be said? A skilled writer could probably do more justice than we do here, but we think one way forward is to make it possible for you to hear (some of) it for yourself. The noise that you hear in the background of this song is recorded at different places in the production facilities (a “noise-collage”). To further assist in trying to disclose our experience we also add some photographs.