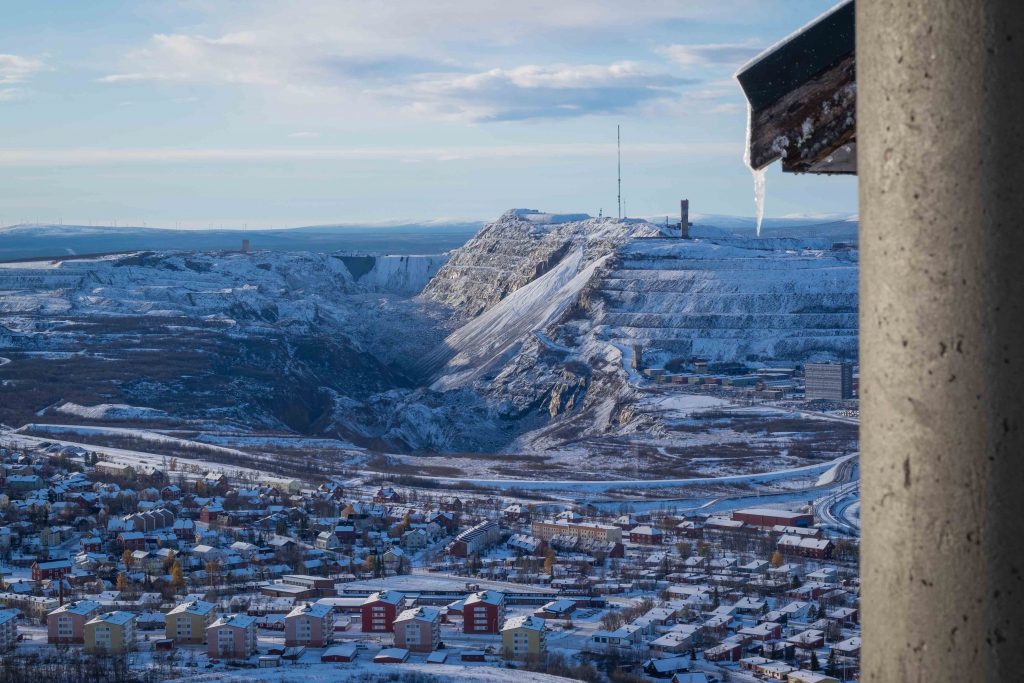 The headline of this post is also the headline for our scientific paper on the Kiruna case in Organization. While waiting for the proofs, we thought we’d write a paragraph, extended abstract-style, on what it is about.

Based on our ethnography of the Kiruna mine, the paper aims to strike a conversation with Actor-Network Theory’s (ANT) theorizing of space. ANT is one of those academic literatures that we have followed since the late 1990s. Many times we have told ourselves to stop thinking of it, stop using it, move on, but it has in various ways found itself back into our heads and laptops. Reading ANT triggers this mixed feeling of (i) yes, there is something original and insightful here, (ii) nah, this is common sense dressed in difficult words, and (iii) shit, we have no clue what they mean. It’s a good combo for not getting rid of a literature. Our best efforts to engage with ANT is probably two of our previous papers on codes of ethics, one in Organization in 2009 and one in Business and Professional Ethics Journal in 2015, not to forget Tommy’s dissertation from 2004. But why ANT and the Kiruna mine? We were battling with spatial complexity, of the mine being enacted differently wherever/whenever we went. Enter, again, ANT. But, while seeking ‘thinking-help’ we found ourselves in that mixed feeling. Out of it therefore came not only a use but also a critique of ANT, particularly what has emerged as a risk of drifting into spatial pluralism. ANT wasn’t suppose to. Not to our understanding anyway. Our hand to hold in the paper became Annemarie Mol’s The Body Multiple (2002). What a book. Read it. Period. It’s not about a mine, but about atherosclerosis(!). Mol sets out a space multiple approach in which seemingly disparate enactments of the mining operations can be understood in terms of coexistence and difference, inclusion and exclusion. Such an account casts aside a kind of neatness that jeopardizes what makes ANT great – its empirical openness, and openness for complexity, that things might not just add up, not possible to sort out, which might be stressing to some. So, this is what the paper is about. Very empirical, very ANT.