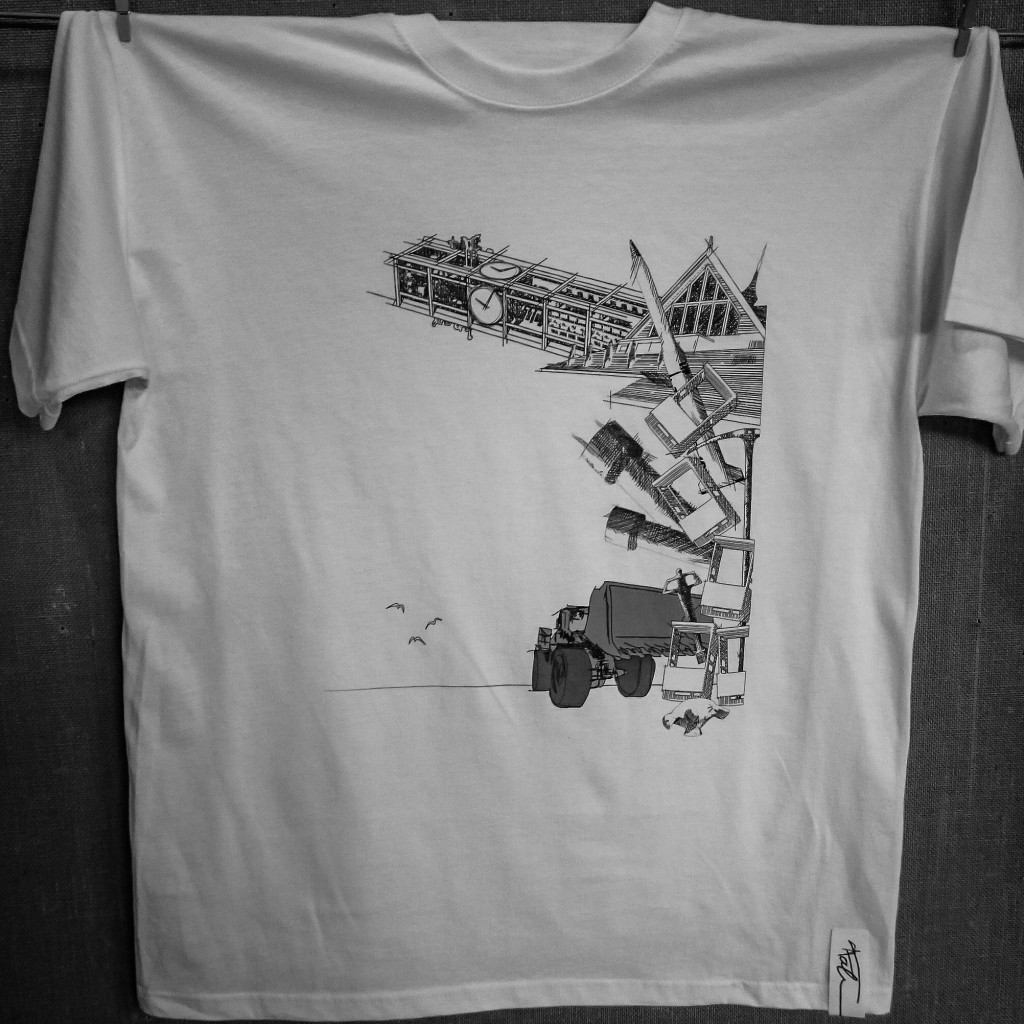 “Blast (gotta move)” is a song about the anxiety of knowing what you have but not what you get, of trying to act collectively but faced with separate negotiations, with not knowing whether or not to afford what the market-conditions dictate, with up-rooting children if leaving Kiruna town is the only viable solution, about having to leave the beautiful scenery appearing outside the kitchen window, about the state withdrawing, leaving movement of a great part of a small town to the Company and to local politicians.

This story we have come across during interviews and the “analytical mood” of the song stems from Ferdinand Tönnies, a sociologist who at the end of 19th century studied the current transition of society. In his view, the tightly knitted community (where people stay together despite differences) is dying out, being replaced by the large scale society (in which people stay separate despite what connects them). Ferdinand Tönnies concepts Gemeinschaft and Gesellschaft are classic but still important and useful today. Kiruna, it could be argued, is in the intersection of Gemeinschaft and Gesellshaft, but this time around the transformation occurring seems to have different traits, dynamics and stakes. We suspect that organizing rocks, the labour process and changing power relations, play an essential part in the ongoing struggle between “the forces” of Gemeinschaft and Gesellschaft, and for the struggle of the citizens of Kiruna town. The detective work continues, but click on the audiofile below to listen to the song (you might have to reload the page in order for the file to show):

It takes more than one for a society
It takes mutual togetherness
Together yet apart
Separated by powers that be
Large scale society are here
Community we’re are you?

Staying in Kiruna?
A flat for a flat
Market in-between
Lonely I must compete

From: Lossavara and Kebnekaise
Chimneys and windmills
To: Death Valley
Trees and hills

The city is moving
Were will I go?
Blast – gotta move
Silently angry
Drinking helps
The state withdraws
Dumping all at The Company’s feet