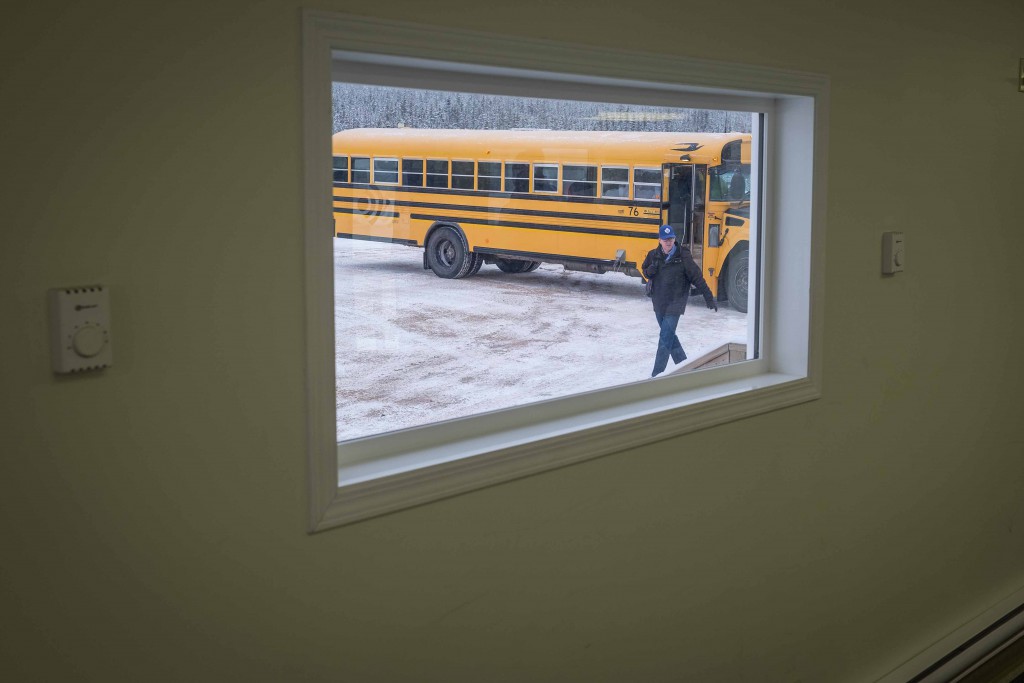 Two short questions are still left hanging from my visit to MCA in Saskatchewan and from reading the CVMPP-reports:

What about the contractors? In the reports, contractors are not really dealt with, but they still represent a significant part of the labour process. Just as on site, they had their rooms in a building beside the Cameco employees, but they shared the other facilities (restaurant, wellness facilities etc.). Interestingly, most of the large, visible contractors on site are owned by indigenous bands. In the report on socio-economic benefits it is stated that “the uranium mining industry contributed significantly to the business capacity of northern Saskatchewan (e.g., growth in contracts from northern suppliers from S23 million in 1989 to S464 million in 2011)” (2013: 8; although down to S308 in 2014). In the report, the uranium companies are called upon to explore how small northern companies can have contract opportunities, but beyond this, the contractors are not really included in the reports and analyses by CVMPP.

What about the communities? What seems to be a recurring issue, when mining companies operate or seek to operate on indigenous people’s land, is how the companies could/should approach the complexities of indigenous communities. In the socio-economic report one of these complexities is addressed under the heading “On local participation” that: “While the uranium mining companies indicated that they try to respond to community interests, they have found it challenging to communicate effectively with a large number of communities (57) located across the vast region of northern Saskatchewan.” (2013: 10) Several views on what dictated community relations were expressed during my visit and in the reports aspects such as accessibility to educated labour, particular need for labour, how vocal the community is etc., were mentioned. This echoes research on what happens when capitalism and science meet indigenous wisdom and folklore, in that the complexity of the latter discourse often have to be reduced so as to fit the former discourse.