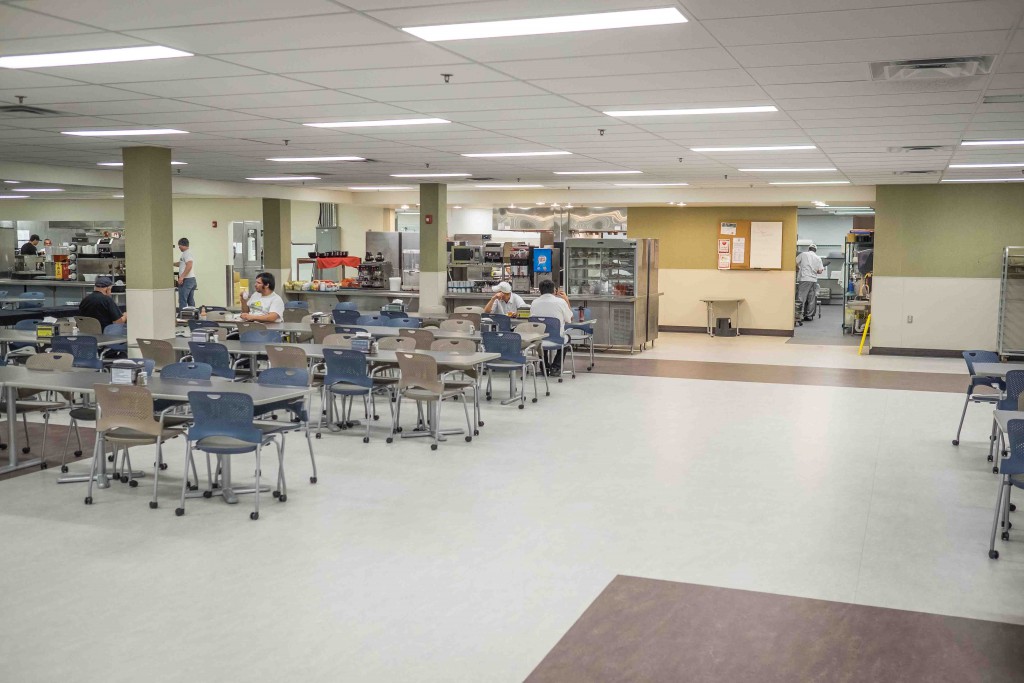 One issue related to the labour process at MCA and to life in northern Saskatchewan that has received a lot of attention is health and well-being.

In a CVMPP report from December 2014, the effects of the uranium industry’s health and wellness programs on direct employees of AREVA and Cameco are studied (predominantly based on surveys; gaining generalizability but losing context). Reading the report with my visit to MCA as a sounding board, there are three spaces in which health and wellness are dealt with: (i) on site, at work, (ii) off site, off work, and (iii) in-between.

On site, at work, it is about the actual workplace and life on site, and what stands out are automation, good food and the risk of cancer. The report says that: “Modern mining operations are less physically demanding than in the past and this decrease in physical exertion, along with living at an industrial site where there is a good variety and supply of prepared foods, can result in weight gain and associated increased risk of diabetes, heart disease, stroke and some cancers. […] …a shift to mechanized and computerized processes.” (2014: 2-7) Further: “Most RSN workers in the uranium industry, though active, feel that the physical demands of their jobs are only ‘intensive sometimes'” (2014: 7-1).

Modern mining, that is, is becoming more automated and less physically demanding, combined with an on site life with extensive and inviting choices of food. The image of the miner, hollow-eyed, down-to-the-bones marked by the mine, withers and an image of a sligthly overweight office worker emerges. During my days at MCA, there were a lot of physical, after-work activities (weight-lifting, raquetball, basketball etc.) to in some extent compensate for this. The food is an issue, however. Although there’s no pop (läsk in Swedish) in the cafeteria, my experience is that it was quite easy to put together rather fat, sugar-intensive and fine-tasting plates during (and between) meals. Diabetes is also a problem in the north. Besides offering a lot of physical activities on site, one of Cameco’s responses was to market a so-called “Heart Smart plate”, but from what I could pick ut on it seemed to be a difficult sell. Many workers on site joked about gaining weight at work. I can understand them.

Also related to work in the uranium mine is the risk of cancer due to exposure to radiation. In the report it is early on stated that “current exposures are so low that it would be practically impossible to correct for the effects of smoking and residential radon exposure” (2014: 2-4). The rate of cancer is lower for men and similar for women in northern Saskatchewan compared to in southern Saskatchewan. Tied to the healteffects of automation, some of the work tasks being automated also had the effect of minimizing the risks with workers’ contact with the uranium mined. One example is the loading, where the driver steps out of the vehicle and uses a joystick to control the vehicle by distance when scooping the uranium. 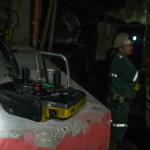 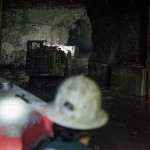 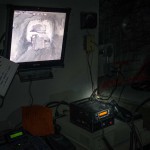 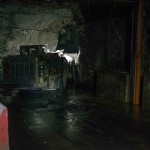 Off site, off work, it is about life in the communities. The report says that: “The proportion of residents in northern Saskatchewan indicating “very good” or “excellent” mental well-being is the lowest among northern health regions/census divisions in Canada” (2014: 2-16). It also states that injuries (off site, off work) are the leading cause of death in northern Saskatchewan and that suicide is the leading cause in that category (the highest rate is among men in their twenties). The rates of heavy drinking is also higher in northern compared to southern Saskatchewan. In CVMPP’s socio-economic report from 2013 it is also stated that: “The community well-being index (an indicator of overall community well-being, including income, education and housing) indicated, overall, that scores were higher in Saskatoon, Air Ronge and La Ronge than the other case study communities and the north as a whole. This disparity in community well-being, as evidenced by this indicator, appears to be widening over time.” (2013: 15)

Off site, off work, there are real health and well-being challenges for many communities. Reading about this raises my curiosity for the in-between site/work and off site/off work.

In-between, it is about the connections between the health programs and life in the northern communities. The CVMPP is a testimony to the necessity of highlighting these connections, but to some extent this is weak in the reports. The 2014 report says that: “Although there is broad recognition and awareness of health programs offered at McArthur River and McClean Lake, the majority of respondents reported that they have not changed their personal attitudes or behaviours as a result of the programs” (2014: 3-6). But, it also states that there are some positive health and safety effects of the programs on their community life (c.f. 2014: 6-9, 6-10, 6-11, 7-4, 7-5).

In the report, the path forward is not clear and maybe that would have a been a task too grand for a single report. It might more be a way to facilitate a further discussion, but there seems to be a basic (and very common) assumption in that increasing participation in capitalistic life enhances health and well-being. Citing statistics from the government of Canada, the report states that: “There is a growing body of evidence to support the idea that income and social status are the most important social determinants of health” (2014: 2-4). To some extent this is debatable, but to a large extent this is more complex.