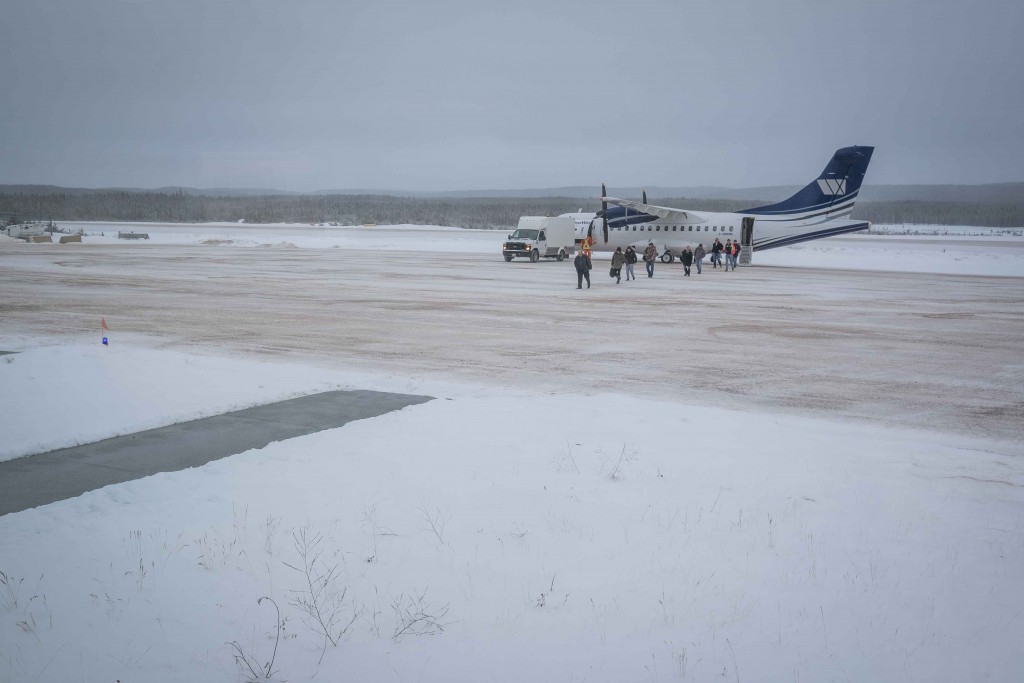 The way the labour process at MCA is organized spills right into the homes and the communities. The impact seems especially strong in northern, aboriginal communities.

The report by the CVMPP from 2006 explicitly deals with the theme “How FIFO [fly-in/fly-out] impact the workers’ family or community”. It says that: “Given that the effects of the rotation system had a limited impact on communities, there were very few recommendations as to how appropriate sources of support could be provided to the community as a whole” (2006: 41; emphasis added). It also states that: “Workers are generally satisfied with the current rotation system and there is limited room for improvements. While various problems associated with the work rotation system did come to light through the research process, people were generally content with things the way they were.” (2006: 34)

That many were satisfied with the rotation system reflect my observations from MCA, but that the labour process only has limited impact on family and communities does not. This view can only be defended with a very limited view of the labour process, something that we seek to challenge in this research project. Using the same report to build the case, an observation that is gender-related comes to mind: “It seems clear that the espouse or partner left to deal with the household, generally the female, bears the brunt of the effects of the work rotation system. They are essentially a single parent part-time and have to assume all of the household responsibilities while their partner is on site.” (2006: 15)

Several workers (all but a few were men) whom I talked to at MCA praised their partner for being strong and supportive, but their partner was usually at least partly dependent on extended family and/or neighbors when the espouse was on site. Something that I didn’t hear about in the interviews (not surprising perhaps), but that was outspoken in the 2006 report was that the older kids often had to assume a parental role early on and that “Many saw the absence of a parent as an opportunity for children to act out or to get into trouble” (2006: 18). This is not a case of limited impact. The labour process at MCA, that is, has significant effects on family and community life.

Something that also echoed in my interviews on site at MCA, was also mentioned in the same report:

“While responses varied to some extent, most people felt that the rotation system had an impact on their ability to partake in community life, especially in ongoing activities (e.g., sports teams) or special events (which were often missed due to the rotation schedule). On the other hand, the rotation system seemed conducive to traditional activities such as hunting and fishing, and people generally felt it enabled them to spend time on the land.” (2006: iii)

Again, impact of the labour process on family and community cannot be said to be limited. It disables participation in community life, it also enables participation in maintaining traditional life, although I experienced this as more complex on site than stated in the report. Being able to work for Cameco at MCA enabled many to stay in their communities and during their week off they could really be engaged with family and community life, and spend time trapping, fishing, hunting etc. But, there were also stories of how working the rotation system at MCA over time made the workers more attuned to a more capitalistic (some would say modern) way of life, which did not go hand-in-hand with life in the community (where sharing is more common) and a more traditional way of life. Hence, I heard several stories of aboriginal workers eventually moving their families to urban life in the towns of Prince Albert or Saskatoon.

The integration of aboriginals/RSN in the labour process, that is, is not free from tensions. On the whole, some would argue that it is a way for the national and provicincial governments and the mining companies to co-opt indigenous people (making sure their land can be used for mining) whereas others see it as empowerment of communities that face many social challenges.