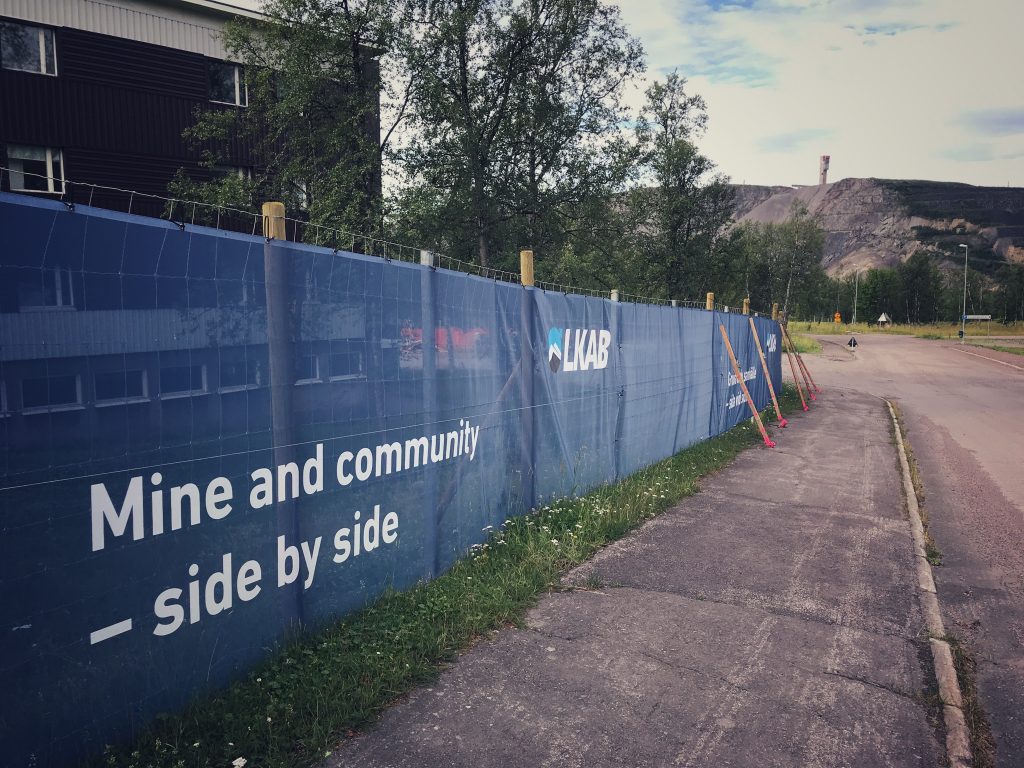 Besides the sheer physical presence of the mine, one of the first things that strike a visitor to Kiruna is its city hall, commonly referred to as Kiruna’s “living room”. The building is not only architecturally fascinating but also a salute to democracy – an incarnation of an open and transparent society. This building has now been closed and will be dismantled due to the expanding mine. A new living room has therefore been built and recently inaugurated. 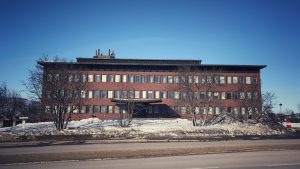 The old city hall, without the clock tower.

In a way, the dismantling of the old city hall and the construction of the new one actualises the relations between business and society, both the dependencies and the tensions, the past and the future. One thing is certain, however: the town cannot be where the mine is. 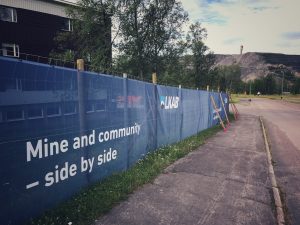 Side by side, according to this banner. 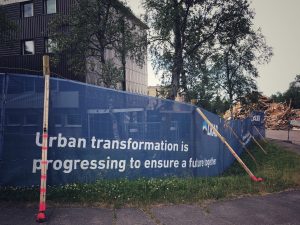 Transformation, progress, future together, according to this banner. 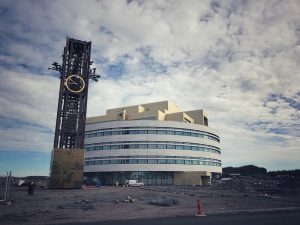 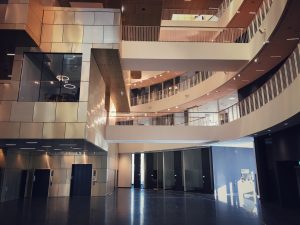 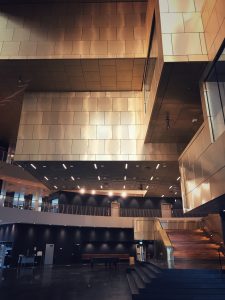